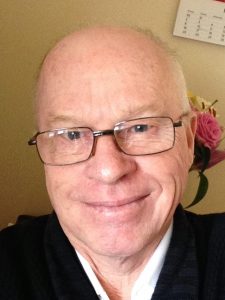 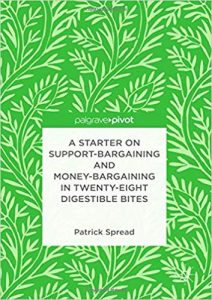 Three editions of the WEA Newsletter/Commentaries have included items on the theory of support-bargaining and money-bargaining. The December 2012 edition (Issue 2-6) covered ideas concerning the role of support-bargaining in natural selection and the creation of money. The December 2015 edition (Issue 5-6) was concerned with the evolution of economies as a progress from situation to situation. The September 2018 edition (Issue 8-4) identified the importance of information in money-bargaining and the special importance of a theory of information in what is by common consent an information age. This contribution introduces a concise restatement or overview of the theory.

‘Support-bargaining’ arises from the propensity of all individuals to seek the support of those around them. It is the underlying mechanism of ‘democratic’ societies. Electoral systems are defined artificial support-bargaining structures. What will perhaps be more difficult for social scientists to accept is that it is also the underlying mechanism of theory formation. ‘Intellectual support-bargaining’ is the process by which support is assembled for ideas and theories. Given that support determines the course taken by a society, any person wishing to influence the course of a society must assemble support for their preferred course. Theories of society are a means of assembling support. Theorists invariably claim to be formulating theories that reveal ‘the truth’ about human societies, but others assessing such theories invariably conclude that they are formulated for the advance of interests. Mainstream economic theory, or ‘neoclassical theory’, is recognised as being in effect an ideology for the advance of individual interest. It is ‘mainstream’ because it has assembled sufficient support in institutions of higher education to give it ascendancy amongst those concerned with the formulation of economic theory. It reconciles private and public interest in a mathematical account of resource allocation. The mathematical ‘discipline’ suggests rigorous devotion to ‘truth’, but the assumptions implicit in mathematical codification make it inevitable that the theory is not consistent with empirical evidence. Mainstream theorists have spent the last hundred years trying to reconcile the model with what is commonly observed and experienced. While the mainstream theory group claims success, within the limits of what can reasonably be expected in dealing with such complex phenomena, and subject to further research, those outside the mainstream, emboldened by manifest failures of the mainstream in the recent era of financial crisis, see it as fundamentally mistaken. It is perhaps most fundamentally mistaken in its ambition to represent private interest as necessarily generating public interest – the celebrated ‘invisible hand’. It is plainly mistaken also in its assumption that all necessary information to transactions is given. The present revolution in the provision of information, and the associated revelations of the extent to which information is manipulated, make the mistake over information all the more egregious.

In the economics profession, even amongst those favouring a heterodox approach, mainstream economic theory exerts a powerful influence. Institutional advancement, ‘tenure’, status, incomes, invitations, distinctions, prizes, are all distributed largely under the auspices of the mainstream group, so most find it advantageous to assent as far as possible to the theory of the mainstream group, and not become alienated from it. In that professional context, the theory of support-bargaining and money-bargaining may seem ‘way out’ – too damaging in terms of academic advance, and too subversive for the instruction of students. Famous ‘public economists’, such as Joseph Stigler and Paul Krugman, freely admit their preference for the comforts of the established theory group, and their reluctance to embark on theory so radically new as to jeopardize their position in the mainstream theory group.1 The theory of support-bargaining and money-bargaining has probably appeared to many as a possibly interesting side-line, but requiring an extent of reading that is unlikely to be time well spent in terms of practical advantage. It is still ‘respectable’ to know nothing about the theory of support-bargaining and money-bargaining.

Its originator, of course, insists that those devoted to truth, in the sense of theory that is consistent with observation and experience, cannot ignore the theory of support-bargaining and money-bargaining. But even so, if people are to be enticed into the new frame of reference, it has to be made easier. Some reduction in the extent of reading is required. There is now available A Starter on Support-Bargaining and Money-Bargaining in Twenty-Eight Digestible Bites.2 This presents the theory in around 45,000 words of text in the Palgrave Macmillan ‘Pivot’ format. It is a restatement of the theory, rather than just a summary of the previous seven books. The compact format makes the interrelationships of the different components usefully apparent.

The Starter is intended to provide an easy introduction to a theory far more consistent with common observation and experience than mainstream theory. For mainstream theorists it poses unanswerable questions, including questions regarding the teaching of economics. The Starter offers a new foundation, a new frame of reference, for the study of the actual functioning of economies. It is anticipated that those tasting the Starter will be unable to refrain from tucking in to the main course. Who knows? It may soon become shameful to be found ignorant of the theory of support-bargaining and money-bargaining.