Half a century of progressive economics on the hoof

I suspect that relatively few economists can point to a moment when their intellectual ideas received the stamp that would guide them through life.  I can.  I enrolled in my first economics course in the Fall Term of 1960 at the University of Texas at Austin (in those antediluvian times there was only one “UT”).  I walked in, sat down with about fifty others, and proceeded to be enthralled by a man in his mid-60s named Clarence Ayres.

Ayres, a founder of the Institutionalist School whose entire work shows the influence of Thorstein Veblen (who he never met), was a fervent supporter of the New Deal and a critic of mainstream economics and right wing views in general.  He possessed a devastating sense of humor.  In my first Ayres lecture a reactionary student launched into a tirade about the need to suspend civil rights to fight communism, ending with “we need to fight fire with fire”.  The Professor, as he was always known, replied, “I prefer to fight fire with the fire department”.  That exchange taught me an important lesson.  Humor is a fare more effective weapon of argument that polemics.

It took me almost thirty years to identify the fire department equivalent for the fight against neoclassical economics.  It had stared me in the face for all that time:  the assumption of full employment.  The three people I consider the greatest economists, David Ricardo, Karl Marx and J. M. Keynes shared this insight, that capitalist economies operate with idle labor except in rare moments.  Most of these moments occur in wartime.

I cannot exaggerate the power of the idle labor insight to enlighten us.  Idle labor means resources are not scarce, except in the sense used in the environmental movement.  When labor is idle, all prices, of both outputs and inputs, are not signals.  As the level of demand and employment change, relative prices also change.  Output decisions by firms determine prices, not the other way around. All that stuff about “supply and demand” that students are fed and the media chants is wrong, because there are no markets with price takers. 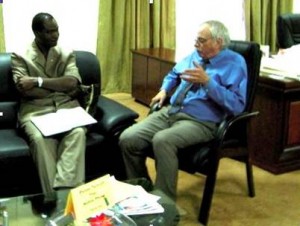 But people believe all that nonsense.  It is close to holy writ among the general public. “You cannot go against markets”, a neighbor repeatedly tells me when we argue about economic policy.  And, right he is, though for the wrong reason.  Markets, especially financial markets do not represent impersonal forces.  Rather, they respond to the very personal influences of highly concentrated wealth that, to say the least, is extreme difficult to “go against”.

After years of writing analytical critiques of neoclassical ideology that had no noticeable impact (and not alone in that frustration), I decided to take our heterodox case to the neophyte undergraduate and feckless public in a new book, The Economics of the 1%.  Whether this book will fare better than the academic ones in changing the prevailing right wing economic ideology remains to be seen.  I join a long and distinguished group of dissident economists in the fight against the fakery of the neoclassical mainstream.

We have some reason to hope for a shift away from the troglodyte myopia of market efficiency.  This hope comes not from North America and Europe, where the austerity orthodoxy seems impervious to its failures.  Rather it comes from countries in South America, Africa south of the Sahara, and Asia.  In Brazil, the second most populous country in the Western Hemisphere, the election of Luiz Inácio Lula da Silva (Lula) brought a government that pursued a heterodox macroeconomic policy, a pursuit followed his successor Dilma Rousseff.

In Southeast Asia heterodoxy macro policy prevails in several countries, most notably and successfully in Vietnam, where I have worked and advised off-and-on for twenty years (http://jweeks.org/2004%20Vietnam%20Case%20Study.pdf.  I also worked in Indonesia, but there the government has implemented the Washington Censuses orthodoxy with great fidelity.  I cannot recommend a better “lesson learned” than the contrast between Indonesia’s dismal experience and Vietnam’s growth stability during two global crises, 1997-1999 and 2008 to the present.

I find the most encouraging policy shifts in a few countries in the sub-Saharan region whose governments shunned the neoclassical macro orthodoxy for home-grown pragmatism.  I recently worked and advised in two of these countries, Sierra Leone (2009-2010) and Zambia (this year). 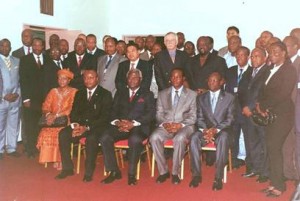 13 August 2009, African Finance Ministers meet in Freetown. The president of Sierra Leone seated in the center (Ernest Koroma), his Minister of Finance to his left (Samura Karama), with John Weeks standing behind him.

I had worked briefly in Sierra Leone in 1986, when the government’s economic policy obediently pursued the IMF-World Bank line of balanced budgets, low inflation, and shrink the state.  I wrote a book predicting that the policy would lead to economic disaster (two links at http://jweeks.org/Africa.html.  I did not anticipate that the policies would contribute to over a decade civil war (1991-2002).  To my astonishment, in 2009 I was asked by the Minister of Finance to design a macroeconomic program to counter the effect of the Global Financial Crisis on the economy (the country’s vice-president had read my book).

Over the next eighteen months the government implemented an expansionary fiscal policy, combined with exchange rate depreciation, that did, indeed, contribute to the recovery of the economy (my report to the finance minister can be found at http://jweeks.org/IPCCountryStudy18.pdf).  A miserably poor country of six million people recovering from civil war shows the way forward.

By chance the African Finance Ministers held their annual meeting in Freetown while I was there.  At the arrangement of the Minister of Finance, I gave the keynote address, presenting the counter-cyclical package designed for and soon implemented in Sierra Leone.  I hardly need report that when I advocated monetization to finance the rural employment program the IMF representative was less than pleased.  By contrast, the finance ministers showed overwhelming enthusiasm.  The prevailing orthodox macro policy in Africa was unraveling before my eyes.

My moment of optimism proved brief when not one newspaper or other form of media outside of Africa ran this story of policy rebellion.  However, under the radar changes occurred south of the Sahara.  A notable case is the central bank in Kenya, whose government seeks to give the impression of toeing the orthodox line.  But over at the Central Bank, a closet Keynesian runs the show, rejecting inflation targeting and repeatedly inviting heterodox advisers (including me, albeit briefly; he finds excellent ones in Africa).

We find the most striking case of conversion in the central bank of Zambia (Bank of Zambia, “BoZ”).  Following the fall of the founding father Kenneth Kaunda from the presidency, the IMF imposed a know-nothing passivity on the BoZ as part of a draconian stabilization program.  However, over the last several years an outstanding group of professionals at the BoZ has transformed bank policy fundamentally.  A major aspect of that transformation is effectively monitoring the foreign exchange flows associated with the privatized mining companies (whose tricks for concealing its operations are as impressive as they are nefarious).  After working with the BoZ over the summer of 2013 I came away impressed by how professionalism and commitment to pragmatism could create policy space even in a small open economy previously dominated by international mining interests.

The forces of reactionary austerity remain strong and unabashed in failure, fully entrenched in Europe and the United States.  But here and there are signs that the heterodox message is not merely reaching but influencing policy in likely and unlikely places.

[Editor’s note: John Weeks is Professor Emeritus at the School of Oriental & African Studies, University of London. His  forthcoming book, The Economics of the 1%: How mainstream economics serves the rich, obscures reality and distorts policy, is being published by Anthem Press http://www.anthempress.com/economics-of-the-1-percent at a surprisingly accessible price.]