Pandora Papers and tax havens: what do they tell us?

That the global capitalism is in a bad shape and in a rather unhealthy mood is no longer surprising. Its drawbacks include the widening gap between the holders of capital and those deprived from it (Pistor, 2019); and the fact that income is secured to the owners of physical or financial property at the expense of society (Standing, 2016). All this has been well-documented by scholarly research over the past years and some sociologists have therefore started questioning the survival of contemporary capitalism (see Streeck, 2016). Yet another telling case has recently emerged from a large international investigation, of which the outcomes show the problems arising in globalised capital markets.

On 3 October 2021 the International Consortium of Investigative Journalists (ICIJ) made public the outcomes from a large-scale investigation on financial fraud and tax avoidance entitled “Pandora Papers”. Based upon what is defined as ‘the most expansive leak of tax haven files to date’ (ICIJ, 2021), the investigation reveals the secret deals and hidden assets of about 330 politicians and high-level public officials in 90 countries and territories worldwide. The outcomes are the result of research which lasted for two years and grew to encompass the work of more than 600 journalists in 117 countries and territories.

Focusing on tax havens, in the present comment I argue that the Pandora Papers provide us with a unique opportunity to reflect upon the global costs of tax avoidance and tax evasion. They also serve as the right moment to assess the analytical tools and methods that are available to narrow them down or, at least, keep them under control, provided that there is the political will to do so (Christensen, 2011).

The costs of tax avoidance and tax evasion

While tax evasion is the illegal circumvention of tax laws with an aim to minimize tax liability, tax avoidance is somewhat more controversial since it is in principle legal (Baker, 2013; Alstadsæter et al., 2018; Bird and Davis-Nozemack, 2018). There are several reasons why tax avoidance and evasion are socially unacceptable. For instance, while difficult to measure, they give rise to substantial compliance and administrative costs for both tax administrations and businesses, and to significant negative spillovers including distortions to competition and tax inequity (De La Feria, 2020).

The economic costs of tax evasion and, thus, of tax havens, are ultimately paid by ordinary citizens. In this sense, it is useful to recall what was already suggested twenty years ago by Mitchell et al. (2002, p. 7): ‘tax havens are a bolthole for major corporations and the rich elite enabling them to evade/avoid taxes, responsibilities and regulations in their countries. They enable major corporations to hold societies to ransom and encourage corruption’.

According to the ICIJ (2021), while constituting a non-negligible global problem, the costs of tax avoidance and tax evasion are harmful to any economy, regardless of its size or geographical location. However, poorer nations are those bearing the largest costs from the above-mentioned phenomena. To quote from the ICIJ (2021): ‘poor nations are disproportionately harmed by the stashing of wealth in tax havens, which starves treasuries of funds to pay for roads, schools and hospitals’. Therefore, the question that one should ask is the following: Why are tax havens currently still so popular and so diffused? 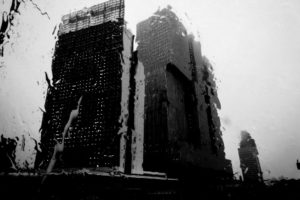 Past research showed that most tax havens have a number of distinctive characteristics that need to be taken into proper account. To begin with, some countries or specific territories are more likely to offer tax avoidance schemes than others. Masciandaro and Portolano (2003) convincingly argue that tax havens are structurally different from other countries in that they lack the resources for engaging in international trade. This has historically forced them to generate income through a loose supervisory regime. As noted by Christensen (2011), tax havens are characterised by financial markets opacity.

In their account, Tobin and Walsh (2013) stress two defining features of tax havens, namely: a) favourable regimes for foreign investors; and b) banks’ secrecy. Furthermore, as suggested by Masciandaro (2008), the type of regulation of offshore financial centres and tax havens depends on their structural features: the probability of being a tax haven is greater with higher political stability and lower crime levels, but also a lower level of diplomatic voice in international organisations. Lastly, according to Masciandaro (2008) such probability tends to be higher if the country or territory is characterised by a Common Law juridical system.

Technological tools and the role of changing technology

New technologies and analytical tools can be usefully applied with the aim to securing a more effective control on tax avoidance and evasion both on a national and a global level. In addressing the issue of financial crime, more or less recent studies (such as Sudjianto et al., 2010; Wu et al., 2012) show the usefulness of reliable estimation methods and techniques based on algorithms and data mining. In addition, Vanhoeyveld et al. (2020) have successfully applied the so-called Anomaly Detection methods to firms belonging to the same economic sector, thus developing an efficient auditing strategy that could be adopted by tax authorities worldwide in tackling tax evasion. Furthermore, according to Bird and Davis-Nozemack (2018) a variety of new sustainability metrics have the capacity to incorporate anti-tax avoidance measures, thereby helping to sharpen the focus on the related issues.

It is plausible to assume that changing technology will make tax evasion increasingly difficult for most taxpayers in the years to come (Alm, 2021). The above-mentioned tools and analytical approaches, if applied wisely, can provide reliable estimates for detecting large tax evasion schemes and international tax evasion networks. In this sense, they can be very useful to Government agencies and financial supervisory authorities. Last but not least, novel conceptual frameworks are emerging for an improved understanding of the tax fraud phenomena, informed by insights from a variety of disciplines including tax law, public economics, criminal justice, economics of crime and regulatory theory (De La Feria, 2020).

Investigations such as the Pandora Papers unveil the most pressing problems of the so-called liberal democracies. They also seem to suggest that it may be necessary to change tax laws and improve regulations to achieve a better balance between public incentives and public interests. Contemporary capitalism is nowadays miles away from the ideal economic system envisaged by Francis Fukuyama (1992) at the turn of the century, able to elegantly balance liberty and equality and thus grant social and economic progress. Given their dimensions, tax evasion and tax avoidance seem to be systemic to global capitalist economies. From this point of view, it is rather surprising that, as some experts observed, the outcomes from the “Pandora Papers” investigation have at first obtained relatively low public interest (see Greggi, 2021).

Nevertheless, on a more positive side, it appears that there is sufficient knowledge and the know-how necessary to adequately contrast the above-mentioned phenomena. Improved conceptual frameworks and more accuracy in the concepts being used can also help in cracking down on them. In this sense, the fact that the European Parliament (2021) has for instance put the fight against tax fraud, tax evasion and tax avoidance on the top of its priorities seems to be good news. This may in fact signal the existence of the political will which is essential to decrease the levels of tax avoidance and tax evasion, and thus save money for valuable investments in fundamental public services and for the citizens that need it most, thereby also reducing inequality.

Standing, G. (2016) The Corruption of Capitalism. Why rentiers thrive and work does not pay. London: Biteback

Streeck, W. (2016) How will capitalism end? Essays on a failing system. London: Verso