In April 2014 a festschrift in the form of a conference was held in Melbourne for Professor John E King, marking his retirement from full time duties. His principal research interests are in the history of heterodox economic thought, with particular reference to Marxian political economy and Post Keynesian economics. Here he answers some questions for the WEA Newsletter. 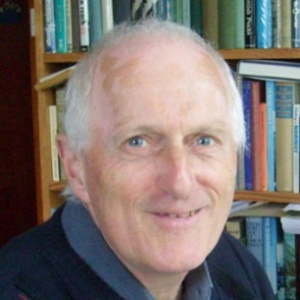 1. How would you briefly state your perspective on economics and the history of economic thought?

There’s a strong case for pluralism in economics, or rather several strong cases. Like the late Kurt Rothschild, I think that social reality is so complex, and so diverse in time and space, that it’s inherently unlikely that any one theoretical system can satisfactorily explain everything. There are also the ‘three E’s’: the evolutionary, ethical and esthetic (pardon the US spelling) cases for pluralism. The evolutionary case (set out e.g. by Geoff Hodgson) is that progress requires evolution, evolution requires selection and selection requires diversity, or there’s nothing to select from.

The ethical case (set out e.g. by the sociologist Marion Fourcade) is rather obvious: economists are supposed to believe in the competitive market, and so should allow one to operate in the case of economic ideas. The esthetic (see e.g. Benjamin Cohen’s new book on International Political Economy) is that diversity is much more interesting than uniformity (if you doubt this, compare a 2014 copy of the AER with a 1944 or 1954 issue).

On the ethical case for pluralism, I suppose it could be argued by mainstream economists thatthey are not excluding alternatives: it is just that the alternatives are not viable. I’m not convinced. It is not clear to me that the optimal degree of product differentiation in the market for ideas is zero, or that the barriers to entry that have been erected by the mainstream are at all easy to justify. But the market metaphor does have its limitations.

This all links up with your question about the history of economic thought. One strong case for teaching HET was set out by the arch-Establishment figure Lionel Robbins many years ago (in a reference that I have lost, and would dearly like to recover!): the history of ideas demonstrates the diversity that there has always been among economists (until quite recently) on almost all issues of theory and policy. There is a slightly less punchy statement in his Theory of Economic Policy in English Classical Political Economy(Macmillan, second edition, 1978, pp. 1-2: ‘I do not think that, even in the purely analytical field, our knowledge is so far advanced to justify us in writing off as superseded the propositions of all but our immediate contemporaries; and, in the applied field, I do not think we can hope to understand the problems and policies of our own day if we do not know the problems and policies out of which they grew. I suspect that damage has been done, not merely to historical and speculative culture, but also to our practical insight, by this indifference to our intellectual past – this provincialism in time – which has become so characteristic of our particular branch of social studies’.

This is a sufficient condition for being interested in HET and continuing to teach it to students; it is not a necessary condition. The history of ideas is fascinating in its own right, irrespective of the consequences.

Support for pluralism does NOT mean (of course) that I have no views favouring some ideas/schools over others. I’ve always been interested in Marxian political economy and (increasingly in the last quarter of a century) in Post Keynesian macroeconomics, especially its Kaleckian variant(s). I see Kalecki as a bridge between Marx and Keynes (which does not mean that he is exempt from criticism, or from the need to be brought and kept up to date).

2. How does this compare to the mainstream?

As Robbins noted, with regret, the mainstream now takes a rather condescending attitude to HET, when it considers it at all, so much so that some people have argued that historians of economic thought should move out of economics altogether and work in departments of intellectual history or the history and philosophy of science. (A very bad idea, I think).

The mainstream is also hostile to pluralism as a principle, and to the discussion of any alternative(s) to the mainstream as a rule of practice. This was not always so, as the case of Lionel Robbins suggests. In fact my education in economics (Oxford PPE, 1964-1967) was distinctly pluralist. My college tutor was the institutionalist labour economist, John Corina, and I studied economic history with the classical liberal Max Hartwell (member and later official historian of the Mont Pèlerin Society) and development economics with the undogmatic Marxist Bob Sutcliffe. My first boss at Lancaster University was the Marshallian price theorist Philip Andrews (who took seriously Marshall’s injunction to ‘burn the mathematics’), and I have vague memories of a seminar there, c. 1970, given by George Shackle, another eminent and deep thinker who would struggle to get a lecturer’s job in an economics department today. The change in the mainstream has come about within living memory, at least outside the US, where it all happened rather earlier. I’m still trying to work out why.

3. So you think that recent developments in economics have arisen due to increasing influence of US mainstream economists?

I’m not at all sure. There is a very interesting question about the direction of causation. Americanisation might be interpreted as a consequence of the increasing influence of ‘scientism’ and ‘economics imperialism’ in Europe and other parts of the world, more than as a cause. There is an additional complication, since European theorists made a significant contribution to the transformation of US economics in the crucial period from 1930 (when von Neumann arrived in America) to 1950 (when Debreu made his permanent move to Berkeley).

4. From a historical perspective, might the increased economic activity in Asia result in some refocusing of perspectives and priorities in academic economics?

That’s another very interesting question. From what little I know about economics in India, I suspect that the reverse has been true, so that the prospect of a genuinely indigenous economics growing up there is more remote now than it was in the 1950s. That’s certainly true of Latin America, where structuralist theories of development were overwhelmed after 1980 and soon buried by the neoliberal avalanche from the north. The big unknown, of course, is China. ‘Capitalism with Chinese characteristics’ is clearly very different in some ways from Western capitalism, but I simply don’t know whether there is also a distinctively Chinese approach to economics. Perhaps the Chinese have absorbed American ideas, along with the cars, mobile phones and the consumer brands. ‘Soft power’ is very hard to resist.

5. Do you see Marxist economics being able to contribute to current understanding?

Yes in the broad, political economy, sense: capitalism is a class society where production is motivated by profit, which makes it unstable, inegalitarian and exploitative (of nature as well as people). It is also inescapably monetary, since profit is the difference between two sums of money. Thus it cannot be represented in terms of barter, even as a first approximation, nor as a system in which classless consumers call the tune and firms act as their agents rather than their employers.

No in the narrow, economic theory, sense: there are serious logical and empirical issues with the (quantitative) labour theory of value and with Marx’s treatment of the distinction between productive and unproductive labour. The latter makes any Marxian analysis of financialisation very difficult (actually RE-financialisation, since there was a 40-year period of DE-financialisation after 1929). I’m coming more and more to think that financialisation is the crucial issue that we need to face, and it’s not clear to me that Capital will be a very great help in coming to terms with it.

Actually Marx himself would have been amused by attempts to apply the economic theory of 1867 to capitalism in 2014, having asserted the principle of historical and social specificity (e.g. the distinction between capitalism and simple commodity production – not to mention that between the ‘manufacturing’ and ‘modern industry’ stages of capitalism itself). One of Rothschild’s two arguments for pluralism comes from Marx (see above).

6. As you say, Marx was writing for another time. Schools of thought can evolve. What might a more contemporary Marxist economics look like?

The last course that I taught before I retired last year was a second-year option in Globalisation. It was dropped on me at short notice and I had to improvise. I used as my text Andrew Glyn’s Capitalism Unleashed (Oxford University Press, 2006), and it turned out to be a very good choice. Like his former co-author Bob Sutcliffe, Glyn was a non-dogmatic and unsectarian Marxist, and his book emphasises precisely those issues of class power, politics and financialisation that I think are the really important issues for Marxian economists today. Sadly he died in 2007, just before the onset of the Global Financial Crisis. It would have been good to read an updated second edition of his book, dealing in detail with the causes of the crisis and its likely long-term consequences. More dogmatic Marxists would probably dismiss Glyn as a hopeless empiricist. I think that his open-ended, pluralist version of Marxism is the only way to go.

7. More generally, you think that a more pluralist approach might gain traction? What factors constrain and support such a development?

I wish I knew! There is an irony here: if the policy implications of mainstream macroeconomics had been followed in 2008 there would have been a massive global depression, and it’s hard to imagine mainstream economics maintaining credibility if GDP in the US had fallen by 30%, as it did in 1929-1933. Instead, governments broke all the rules, the ‘Great Recession’ was relatively mild (outside the European PIIGS), and the New Neoclassical Synthesis is still taught with a straight face in Ivy League economics departments, and further down the food chain. There are some very welcome signs of student dissatisfaction, but these have been seen before (as in the Post-Autistic Economics movement of the first couple of years of the new millennium) and have soon faded away.

There are big vested interests at stake here, involving the influence of the ‘money power’ (to quote Robert Skidelsky) from outside the profession, and all the sunk intellectual costs of those inside the profession, which on the basis of their own theories should not count, but obviously do. So I am a pessimist, of the intellect and (to a lesser extent) also of the will. Not entirely: the WEA is a glimmer of light in a very dark ideological world.