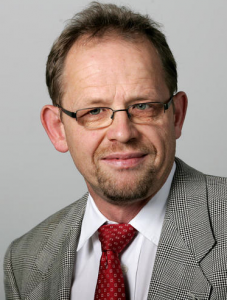 To prevent a loss of power as it happened hence, they might want to make sure first that economics, their most important ally, will continue to downplay the role of money and the power of the financial oligarchy and of power in general.

However, the economic mainstream itself will have lost credibility due to its obvious failure to promote the public good. Students will not so gullibly trust their professors and their textbooks any more. Young and bright researchers, who have not yet invested too much into the old discredited theories and methods, might turn to the question of how the finance industry can be made to serve the public interest. This would contribute to turning public opinion against the interest of the financial oligarchy. Thus, it will be important for the financial oligarchy to identify the brightest and most influential critics and leading figures of reform initiatives and to neutralize them.

This can best be done by putting yourself at the forefront of the movement. This requires money, notoriety and credibility. Credibility is in short supply. However, It can fairly easily be acquired. One of the more famous representatives of the financial oligarchy would have to publicly criticize economics for failing to prevent disaster. The failure of economics and of the finance industry will have become so obvious that an industry representative who acknowledges them will gain a lot of credibility without saying much that is not widely discussed already.

The chosen finance representative should found an institute that is dedicated to the renewal of economics. He should provide the institute with very large funds, at least relative to what other initiatives with the same goal can command.

First the institute has to build up its credibility with the critical crowd. It should hire people who really mean to reform economics, because it is hard to consistently fake it in a credible way. It will be important at the start to engage and fund even the most dangerous critics of the old mainstream and of the financial oligarchy. This will transfer their credibility with the critical crowd to the institute.

A second focus would have to be on identifying the brightest and potentially most influential young critical thinkers. This can be achieved by organizing lavish conferences with the most renowned and established economists and letting the youngsters apply for (funded) participation. The meetings could also be used to check out and create a good rapport with leading representatives of initiatives and organizations which aim to reform economic research and teaching. On the other hand, significant financial support of initiatives that function independently from the institute would need to be avoided..

After the institute has put itself successfully at the forefront of the movement and has identified all the potentially relevant reforms, the next task is to neutralize them as much as possible. The most important representatives of dangerous currents in economics should slowly be marginalized. Invitations to the prestigious meetings of the institute should increasingly be reserved to researchers whose critique is either harmless or who may even support the status quo in a new and original way. After a while, the more dangerous ideas and researchers to the interests of the financial oligarchy will be even more marginalized than before. They will continue to be shunned by the mainstream, but on top of that they will not even be part of the avant-garde of the challengers as defined by the institute.

Young researchers with the highest potential should be given the opportunity to pursue an excellent international education and career. The challenges of this career and the temptations of gaining the respect of the most important people should suffice to domesticate most of them.

Remaining grass root initiatives at the universities can be neutralized, if needed, by cutting them off from the supply of potential activists. The institute could form local groups of affiliated young researchers, preferably at universities with a strong base of independent initiatives. Since the competing local groups of the institute’s young affiliates will have the institute’s network and money of the institute in the background, they should be able to be more effective and more attractive to yet unaffiliated young minds.

With a strategy as outlined above it should be straightforward for the financial oligarchy to secure the power to define what are viable new theories and methods and what is to be disregarded as outlandish deviations from scientific common sense. They will be able to make sure that the only kinds of new thinking that can take hold are those which do not fundamentally challenge the supremacy of the financial oligarchy.

Is there such a Trojan horse being built?

A rich and famous hedge fund manager called George Soros has gained notoriety for criticizing the economic mainstream and the dealings of the financial elite after the crisis broke out. He contributed $50m to the foundation of the Institute for New Economic Thinking (INET) in October 2009. Other members of the financial elite and their foundations, including David Rockefeller, the Carnegie Corporation and former Federal Reserve Chairman Paul Volcker multiplied that sum with their contributions.

However, this does not really prove anything about the real motivation. Neither do the next few criteria that I will mention, as they cannot distinguish between an honest strategy for improvement of economic science and a cynical maneuver to control and domesticate any reform movement.

Since spring 2010 the institute has been organizing annual conferences. It has a Young Scholar Initiative (YSI). Students and young researchers can apply to be invited to the prestigious and lavish conferences, which always take part in one of the best large hotels in town.

INET provides grants to researchers for projects “aimed at finding solutions for the world’s most pressing economic problems.” The grantees of the first years include many well-known critics of the economic mainstream and of financial deregulation, such as Steve Keen, for example.

An indication for intentions that are not 100% constructive could be the institute’s restrictive policy regarding support of initiatives which function independently from INET, be they initiated by students and young scholars, or by professors, critical of the mainstream.

It is already quite visible that the institute would like to control the movement that it funds. On its website, INET states about grants for student initiatives that these are supposed to serve conversation between new economic thinkers of the future and those of the present. The latter are being defined as “INET-grantees and other members of the INET-community”. Students have to document support from their university and the cooperation of at least one member of their faculty. This should eliminate the more radical reform groups from consideration. For the others, there is a chance to have their conferences or other projects funded with up to $5000, or “preferably less”. According to my talks with representatives of independent initiatives of students, young researchers and professors of economics in Germany, these are hardly ever successful in obtaining financial support from INET.

How is grant-giving of INET developing? There is a steep decline in volume from about $7m in 2010 to $2.1m in 2013. In the first three years, many grantees and their projects have been quite far from the mainstream and have been proposing a radical rethinking of the workings and regulation of the financial system. In contrast, the list of sponsored projects for 2013, which is here, reads a bit like a mix of the contents of an economic history journal and any good mainstream economic journal.

The programs of IINET’s annual meetings including the 2014-meeting in Toronto are here. My own take is that there has been a trend toward increasingly mainstream themes and researchers at these meetings.

The longer version of this text is available in German and English on http://norberthaering.de