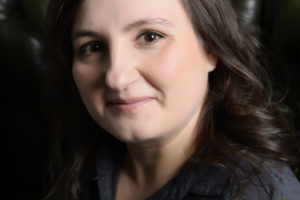 The interest in understanding the multifaceted nature of gifts in modern societies emerged from my own experience growing up in Romania; many Eastern European economies and societies gravitated around various forms of gift-giving including bribes and this was fascinating to grasp. When I first joined the academic system in Romania as an Assistant professor, I collaborated with a colleague, Professor Stefan Ungurean, who was a sociologist, and he has inspired me to read famous works such as Emile Durkheim or Marcel Mauss on the gift, in order to be able to understand and explain the concept of gift with different lenses than that of economists. We developed a few projects around gift and this particular scientific interest continued to include my doctoral thesis pursued in United Kingdom. I was discontented with the mainstream economic approach that portrayed gift within an exchange-type paradigm, where a genuine, authentic gift, motivated by altruism, was not considered possible. My doctoral thesis in UK was centred around institutions such as markets and gifts and how they are explained by economic theory both in mainstream economics and also heterodox economics. My latest book The Gift in Economy and Society: Perspectives from Institutional Economics and Other Social Sciences (edited by Stefan Kesting, Ioana Negru, Paolo Silvestri, Dec. 2020, Routledge), continues these ideas from my doctoral thesis and attempts to bring a novel perspective, novel lenses to analyze the role and significance of gift in modern societies. Without an analysis of gift or altruism or solidarity, we would have a poor and incomplete understanding of individual behaviour in economics. As preferences are assumed to be exogenous, we are unable to include any explanation of how the preferences are formed and what the motivations are. Our book brings an interdisciplinary perspective in viewing the gift and a new application of institutional analysis to understanding the gift in the economy and society.

Personally, I see the gift as a ubiquitous phenomenon of modern societies and although gift and gift-giving existed also in ancient and primitive societies, the role of gift has remained one of avoiding wars and conflicts, acting like a social glue and creating cohesion and harmony in/within society. The gift has definitely evolved over time; the ancient/primitive gift, although found both in individual and collective forms, was rather dominated by gifts given from a group to another group with a purpose of forming social bonds. Slowly, the gift has become more individual in nature, even anonymously offered, with no expectation of return or reciprocity. In any modern format, the gift has the role of counter-balancing other institutions such as the market or different types of motivations of human behaviour such as self-interest, to showcase compassion and solidarity with other fellow humans’ needs such as with charitable donations.

Traditionally, (mainstream) economists have framed the concept of gift and its understandings within a social and economic exchange paradigm, with utilitarian connotations. An individual would offer a gift with the expectation of a return gift and an increase of his/her utility. Such a portrayal of the gift would exclude motivations of human behaviour such as altruism or generosity and it would set the gift in a dualistic and opposing terms with the institution of market. Standard economic models have very limited explanation of the nature of human motivations and do not allow for their explicit analysis of more sophisticated aspects of interpersonal interaction.  Gifts have obviously different degrees of purity and different forms of existence, but this complexity of analysis is missing from the mainstream economic analysis and it is rather limited by specific methods of enquiry, e.g. quantitative research techniques.

Throughout my academic career as an economist, I have promoted the cause of pluralism for enriching the knowledge base and the understanding that economists have of the world. A pluralist approach to the gift would entail two possibilities: the first possibility is that we can draw on other social sciences such as anthropology, sociology or philosophy to use different lenses in analysing and explaining the gift, gain contextual and cultural understanding of various forms of the gift and also to learn of other methods and methodologies that can be pursued to understand the empirical nature of the gift. The second possibility is that various economic paradigms besides utilitarianism can contribute towards a more holistic and complete portrayal of the gift and here I would like to mention at least two of the perspectives that are useful for a more complete understanding of the gift: feminist economics and institutional economics. My latest book on the gift discusses a few aspects of a potential application of institutional economic lenses to the explanation and understanding of the concept of gift, in particular the usefulness of old institutional economics as a framework for interpreting the gift as a mix of norms, customs, rules, and values that influences in each society, small or large, how people give and donate, why people reciprocate, why people contribute to public goods through taxation or voluntary work and so on.

This question shifts the attention to the role of state, firstly in fostering mechanisms and institutions to incentivize solidarity and gift-giving in various communities and secondly, to complement gift-giving and philanthropic actions practiced by other institutions such as the church or by individuals in different forms and guises. One of the best known policies around the world to incentivize giving and lower the cost of giving is the philanthropic tax or tax philanthropy. The increased emphasis on this type of policy is illustrated by the recent study published by OECD (2020) on Taxation and Philantropy, around the world. This presupposes a form of tax relief or tax incentive to encourage philanthropic giving, but, of course, this raises the question of whether this type of giving represents a pure/selfless gift. In Romania, for instance, there is the option, both for a company and for an individual, to donate a certain percentage from their annual income tax for certain philanthropic causes; one of the side consequences has been that many employees are donating the 2% of their annual income tax to the institutions where they actually work, which should not be allowed legally, by the state. Still, this is an interesting measure that can foster a certain degree of individual and corporate responsibility and involvement in supporting individual and community causes. In my view, any responsible government should create a positive and sustaining framework for the practice of philanthropy, donations or any other form of gift-giving and solidarity within any society.