Damien Cahill is the author of The End of Laissez-Faire? On the Durability of Embedded Neoliberalism, published in September 2014 by Edward Elgar. He has a blog at: http://damiencahill.net/. Here he answers some questions from Newsletter editor Stuart Birks: 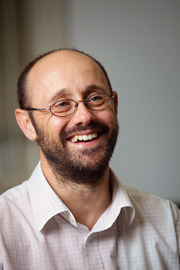 Neoliberalism has several dimensions. First, it is a set of ontological doctrines about how the economy and society more generally operate, and a set of utopian normative visions about how it should, ideally, be organised. Second, neoliberalism is a policy regime marked by the microeconomic processes of privatisation, deregulation, marketisation and macroeconomic policies of inflation targeting and an end to full employment as the proper goal of states. Third, neoliberalism is a set of economic transformations whereby capital has been freed from many of the constraints upon its ability to operate within and between borders that had been in place during the post-World War II economic order. Clearly, these three dimensions of neoliberalism are interrelated.

As a doctrine there is significant overlap between neoliberalism and mainstream, or neoclassical, economics. Indeed, to a very great extent, neoliberal doctrine entails taking the foundational principles of neoclassical economics to their logical conclusion. At its heart, neoclassical economics proposes a situation in which asocial individuals voluntarily exchange with one another through markets for mutual benefit. State regulations, other than the provision of basic framework of rules, are cast as an exogenous interference in this otherwise self-regulating system. Neoliberals have taken this idea and argued that such a free market system is not only the most efficient way of organising the distribution of goods and services, but also the most moral, since it is the best way of preserving individual liberty (when defined negatively as freedom from coercion). From this follows the policy proposals of privatisation, marketisation and deregulation – that is, engaging private capital in the provision of public services and freeing it from constraints that prevented from doing so efficiently.

One should not ignore however the influence of other currents of thought in the development of neoliberal doctrine – especially that of Austrian economics, predominantly via Friedrich Hayek’s work. In contrast to neoclassical economists, Hayek was skeptical of the ability of humans to understand the world or complexity through the application of reason. This is actually at the heart of his defence of and preference for a market order. According to Hayek, it is only the unhindered operation of the price mechanism that allows for the multiplicity of subjective individual preferences in a large complex economy to be registered and responded to. So, he arrives at a similar policy conclusion to that of a fundamentalist neoclassical economist like Milton Friedman, but by a different route. Where he and Friedman did differ over policy was with respect to the proper role and size of the state. Whereas Friedman advocated a fairly consistent ‘small state’ line, Hayek believed that a range of state forms were consistent with the maintenance of a competitive market order.

While many neoliberal politicians (Margaret Thatcher is a case in point) have certainly been inspired by and influenced by the writings of neoliberal fundamentalists like Friedman and Hayek, it is important to distinguish between neoliberal theory and practice.

On the one hand, there are clearly correlations between the two. For decades, neoliberal intellectuals advocated policies of privatisation, deregulation and marketisation and, indeed, this policy suite has become the common sense of state regulators across the capitalist world. On the other hand however, the more closely one scrutinizes ‘actually existing neoliberalism’, the more problematic is the fit between neoliberal theory and practice.

If we take neoliberal doctrine to be promoting a small state agenda (something certainly advocated by Friedman and many of the major neoliberal think tanks), then it is clear that this vision has not been realized. Not only has the economic size of the state not been reduced under neoliberalism, but neoliberal policies of deregulation, privatisation and marketisation have almost always entailed augmentation of new forms of social and economic regulation and the construction of new institutions to regulate markets in which newly privatised entities will operate.

If, however, we instead look to Hayek for the foundations of neoliberal doctrine, then we end up with all manner of state forms potentially being justified – from the authoritarian state of Pinochet’s Chile, to Sweden’s social democratic welfare state – so long as they facilitate the expansion of a capitalist market order. The problem here is that no test of causation is really possible, as Hayek doesn’t offer a blueprint.

The policy regime of neoliberalism has proven to be highly durable, even in the face of the crisis that has beset the global capitalist economy since 2007. When this crisis hit, many believed that neoliberalism had been forced onto its last legs – that the global financial crisis as a sign of failure heralded its decline. Those who predicted that the crisis signaled the end of neoliberalism have been hard-pressed to explain its subsequent resilience. One reason for this, I believe, is that they grounded their analysis primarily in the realm of ideas. In doing so, they mistook the decline in legitimacy that neoliberal ideas certainly underwent after the onset of the crisis, for a retreat from neoliberalism more generally.

Such commentators missed the ways in which the neoliberal policy regime has become deeply socially embedded, not simply in a pervasive ideological framework, but also within new institutional rules and a reshaped set of class relations. This has given it enormous inertia. By institutionally embedded I mean not only that states have developed new neoliberal regulations but, more importantly, they have enacted or signed up to a framework of rules that commit governments to further neoliberalisation, irrespective of their political colours. Competition policies and the articles and rules of supra-national institutions such as the World Trade Organisation, the economic constitution of the European Union, and the numerous ‘free trade’ agreements to which states are increasingly signatories are examples of this institutional embedding of neoliberalism.

As for the embedding of the neoliberal policy regime within class relations, this refers to ways in which the profit making strategies of capital have come to depend upon the maintenance or extension of neoliberal forms of economic regulation, as well as the fact that the ability of capital to achieve this goal has been bolstered by the strengthening of its political power, and well as its power within the employment relationship.

In my view, the alternative to neoliberalism is decommodification through the quarantining of people’s livelihoods from market dependence. This can be achieved by nationalization, direct state provision of services as well as various forms of social protection in areas such as finance, housing, education and healthcare. There is no shortage of good ideas among progressive economists for realizing these aims, including financial speculation taxes, guaranteed minimum wage schemes, and various proposals for capturing the surpluses circulating in the financial sphere of the economy and directing them towards socially beneficial investment. Moreover, the broad family of heterodox economic approaches offer a far richer understanding of actually existing capitalism than do neoliberal doctrines, not to mention that they provide a range of policy options focused upon the needs of ordinary people, not just those of the 0.1% of the population.

The onset of the global economic crisis has actually opened a window of opportunity for progressive, non-neoliberal change in the short term – but such change is by no means guaranteed. The crisis has demonstrated the perils of the market dependence that has been such a key feature of neoliberalism. It has exposed the power imbalances and inequalities at the heart of the capitalist polity and economy. And it has seen state elites turn to nationalization, a political dirty word prior to the crisis, in order to save the capitalist system from collapse. Although none of the nationalisations conducted by the major capitalist powers in response to the crisis have resulted in the enterprises operating for need, rather than profit, the turn to nationalization has, I believe, given a legitimacy to this form of policy that didn’t exist in the two decades prior to the crisis.

Nonetheless, it must be acknowledged that the dominant form of crisis response by states has been further neoliberalisation, including privatization, deregulation and austerity budgets that are eroding working class living standards. For me, that states have turned to neoliberalism in the face of a crisis that was itself the result of such policies underscores the durability of the neoliberal policy regime.

But it also suggests that good ideas alone won’t be sufficient to dislodge neoliberalism from dominance. Non-neoliberal ideas will need to be allied with and carried forth by strong social movements. We’ve already seen glimpses of this – from the occupy movement, to the anti-austerity protests in Greece and elsewhere in Europe, to the mobilisations against anti-labour laws in the USA as well as the post-crash economics movement. So there are reasons to be hopeful that after the devastation and despair brought about by the crisis, neoliberalism can be consigned to the dustbin of history.