The Legacy of Economist Bernard Maris

I was shocked to learn that Bernard Maris had been murdered at a meeting of the editors of Charlie Hebdo in Paris on January 7th 2015. He died at his desk; killed by the fanaticism that he regularly denounced. Mario Pianta (2015)2 wrote:

in what kind of convulsion of history do Islamic extremists at war with western power manage to kill Bernard Maris, one of the voices who denounced western power?

Which ideological blindness prevents them from understanding the internal conflicts of capitalism? Obviously, for those who want to erase freedom of expression, there are no differences that matter between western ‘infidels.’ Likewise, for the new European fascism, all Muslim citizens and immigrants are potential terrorists. We must put ourselves in the shoes –that’s what tolerance is all about– of the millions of human beings, all equal in dignity, who live in inhuman conditions. Promises to improve their lives, made by the more prosperous countries, have almost always been unfulfilled. Years of neglect, exclusion, humiliation, and abandonment by the rest of the world, have fostered feelings of frustration, hostility, resentment, and radicalization that rise to the point where there seems to be no possible solution. It is then that violent reactions sometimes explode.

Can we prevent potential Charlie Hebdo Paris 1/7-like attacks? For France and its people, and even the whole world, there seems to be no other answers to this question: 1/7-like attacks must be prevented. One might say: We will remove terrorists by taking actions against terrorism. Shortly after the Paris attack French Prime Minister Manuel Valls declared:

a war against terrorism, against jihadism, against radical Islam, against everything that is aimed at breaking fraternity, freedom, solidarity.3

Terror against terror — this is no longer an ideological notion. We have gone well beyond ideology and politics. The energy that nourishes terror, no ideology, no cause, not even an Islamic one, can explain. The terrorists are not aiming simply to transform the world. Like the heretics of previous times, they aim to radicalize the world through sacrifice, whereas the system aims to convert it into money through force.

… one would naturally ask how France upholds freedom of expression and the sacred principles of fraternity, freedom, solidarity. For example, is it through the Gayssot Law, repeatedly implemented, which effectively grants the state the right to determine Historical Truth and punish deviation from its edicts? By expelling miserable descendants of Holocaust survivors (Roma) to bitter persecution in Eastern Europe? By the deplorable treatment of North African immigrants in the banlieues of Paris where the Charlie Hebdo terrorists became jihadis? When the courageous journal Charlie Hebdo fired the cartoonist Siné on grounds that a comment of his was deemed to have anti-Semitic connotations? Many more questions quickly arise.

Former Director General of UNESCO Federico Mayor Zaragoza has long argued that respecting freedom of expression without limitations is not incompatible with comprehending and even sharing the indignation prompted by certain imprudent forms of manifesting that freedom. When freedom of expression is not accompanied by an appropriate dose of sensitivity to others and self-contention, there is a risk that the reactions of the aggrieved may be disproportionate and enraged. The solution never lies in censorship, but rather in cool-headed dialogue and, when warranted, the intervention of the courts of justice. But now it is imperative that all countries, on both sides, make an urgent call for dialogue and conciliation. 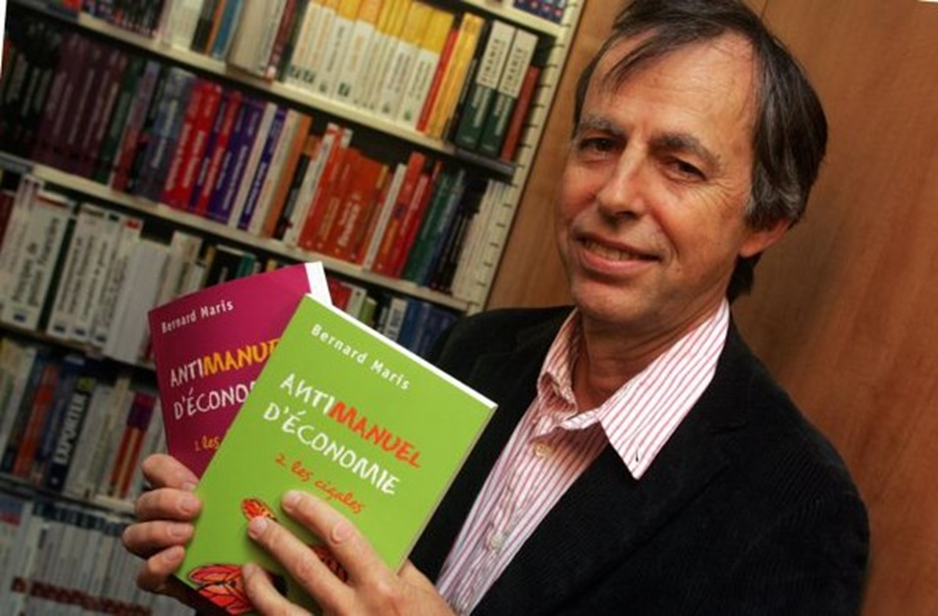 Bernard Maris, born in Toulouse, was 68 years old. He was the son of Spanish Republicans who emigrated to France and a typical product of this ‘republican elitism’ which some beautiful souls are presently deriding. After graduating from Sciences Po Toulouse in 1968, Bernard Maris earned a doctorate in economics at the University of Toulouse I in 1975 with a thesis entitled “The Personal Distribution of Income: A Theoretical Approach to Balanced Growth”. In September 1994 he earned his Full Professorship at Sciences Po Toulouse.

Bernard Maris was an economist and a member of the governing board of the Bank of France, professor at the Institute of European studies of the University of Paris-VIII, a former University of Iowa professor, and journalist for the publication Charlie Hebdo, where he wrote a weekly column, under the pseudonym of ‘Uncle Bernard’ – a column in which he explained the mysteries of finance. In a profile of victims published Wednesday evening, the Los Angeles Times reported Bernard Maris was a “noted Keynesian and political maverick,” who was widely read and appeared frequently on French television and radio to debate economics and politics. The Paris-based Organization for Economic Cooperation and Development (OECD) reported that:

[Bernard Maris] had a wonderful talent for explaining complex notions in simple language… In his newspaper, television and radio work, he argued for a world that was more just… Like his friends and colleagues, Bernard Maris fought against inequality, injustice and oppression. The world is a sadder place without the mockery of brave, clever, funny, people like them.

The governor of the Bank of France Christian Noyer observed that:

[I]t is a cowardly and barbaric attack against the freedom of the press and those who stand for it. People with convictions including our friend and colleague Bernard Maris were killed in it. Bernard Maris was a man of heart, culture and great tolerance. He will be sorely missed.

Bernard was a delightful man of great dignity, culture, and tolerance. He was an old-style French intellectual, a scholar of Keynes, and a public figure. He had been active in Attac France and was a friend of Michel Houellebecq, the French writer whose new controversial novel called “Submission” imagines a Muslim president for France in 2022. Bernard admired Houellebecq, even paying tribute to the author in a book called “Houellebecq Economist” (2014). He clashed regularly with mainstream, French business journalists. He worked to denounce the ‘fury of capitalism.’ Similarly, in the Islamic world – in the Middle East as in Europe – the key conflict he saw as an internal one – the clash between opposing ideas on society and politics, even more than on religion.

He was the author of the remarkable  “Antimanual of Economics” (2 Vol., 2003, 2006) and of an important collective work showing his interest in social sciences,  “To Govern through Fear” (2007). He was awarded the Prize of ‘best economist’ of 1995 given by Le Nouvel Économiste, and published several important books. The extent of Bernard Maris’s knowledge was not limited to economics. His grasp of history, and his insights into various social sciences struck anybody who read him. Bernard took Adam Smith’s lead in viewing economics as a ‘moral science’ with close ties to the full span of social sciences. Nothing was more foreign to him than the mystery of Walras‘ pure economics that somehow inspired a whole tradition of economists who shine as much by their formalized reasoning as by their unrealistic deductions. Bernard Maris was waiting impatiently for a transformation in economic thought, distanced from the private playground of self-styled mathematicians disguised as economists.

Appointed in 2011 to the General Counsel of the Bank of France, Bernard Maris had already clearly expressed his doubts concerning the survival of the Eurozone. In early 2014 he explained why he was forthwith favorable to a dissolution of the Eurozone and to a return to national currencies. He argued that there will be a new financial crisis, that the Eurozone will burst, that Europe will balkanize – it is already balkanized. Nevertheless a number of events that arose during the last ten years were not predictable. The financial crisis: could it really have been foreseen? His position about this subject has evolved with time. Many are convinced that his positions concerning the coming Greek crisis would have been important.

His influence on generations of students has been considerable. He was, and will remain, a model of a citizen economist, like Keynes, who was his great inspiration. He shared with other prominent economists an impatience for mainstream, fundamentalist ideas and an antipathy for power. Ultimately his ideas and his work were to expose ignorance, intolerance, and violence and to move France, and the rest of the world, toward peace.

A Culture of Peace as an Ethical and Political Model

Violence can never be justified. The senseless death of Bernard Maris brings us back to our duty to oppose injustice, and first and foremost, those produced by our countries; our power; our consumption. His death brings us back to a commitment to political debate and may help us to look ahead as he did. He thought that the future was beyond markets and commodities, in a sharing economy with meaningful jobs, cultural commons, and social solidarity. Instead of a ‘market economy’ or a ‘war economy,’ we need an economy that would enable us to implement the Millennium Objectives.

Pierre Bourdieu has long argued that cognitive symbolic structures such as neo-liberal economic theories can be translated into global financial and technological exploitative structures. He asserted that a neo-liberal utopia embedded in dominant economic theory is a program for the destruction of collective and social structures. The embodiment of neo-liberal utopia/theory into economic and political practices and systems are examples of how symbolic violence can turn into economic violence, which can also turn into physical violence.

Federico Mayor Zaragoza has also long argued that the “war economy” must give way to a great “global contract for development.” And let no one say that this is impossible!

1 Karim Errouaki holds a Ph.D. in Economics from the New School for Social Research (New York). He has taught and lectured in many parts of the world, including New York, Washington, Boston, Montreal, Sherbrook, Vancouver, London, Brussels, Paris, Madrid, Mexico, and Sao Paolo, among others. He is coauthor with Edward J. Nell of Rational Econometric Man (London, Elgar, 2013),with Edward J. Nell and Federico Mayor Zaragoza of Reinventing Globalization after the Crash (2014), and with Edward J. Nell of Hard Drugs & Easy Money (forthcoming, 2015). He is a former Special Advisor to UN Secretary General Dr. Boutros Boutros Ghali and to Director General of UNESCO Dr. Federico Mayor Zaragoza. He is currently Senior Research Fellow at the Foundation for the Culture of Peace (Autonomous University of Madrid) and Special Advisor to Director General of CAFRAD, Pan-African Intergovernmental Organization.