Between Ideals and Institutions 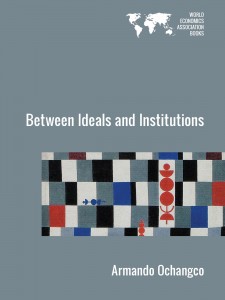 The work aims to develop more complex kinds of assessments in political economy, and thus attempts to develop ideas that relate to ideals such as collective decisions and democracy, freedom, justice, and development. Taking off from the idea that social evaluation using the familiar metric of GDP is extremely limited and drawing inspiration and certain basic insights from the writings of Nobel laureate Amartya K. Sen, the work also attempts to bring in, within a reconstructive methodology, ideas from various thinkers including those coming from major contemporary philosophers such as Rawls and Habermas, as well as classical thinkers such as Aristotle, Adam Smith, J.S. Mill, and Marx. Within the general reconstructive intention, the author raises questions, old and new, pursues and develops both familiar and original insights, and suggests various linkages and inter-connections, as well as integrative perspectives towards developing conceptions of certain basic social ideals that would be relevant to such a broader and more complex kind of evaluation of various social institutions. Institutional and policy realization and feasibility issues are also brought up and considered at length—especially in connection with less developed society contexts—as these relate to the major social ideals being suggested.

The work is very interesting and enlightening and could be used in various courses such as public economics, political economy, development economics, and the theory of institutions.