‘Unit Labour Costs’ (ULC) are a staple of macro-economic statistics. As a measure of labour costs per unit of real GDP they are calculated by the OESO, Eurostat and the Bureau of Labour Statistics and they figure prominently on the website of the ECB. They are also one of the core variables included in the Macro-Economic Imbalance Procedure of the European Union which indicates their political significance. After about 2009, Eurozone countries were under strong pressure to decrease their ULC, at least relative to other countries, as (relatively) high ULC were understood to be a sign of low competitiveness. Look here for a Draghi Speech which states this. The preferred way to decrease ULC was to moderate or halt wage increases or even to slash wages. However, there might be something wrong with this line of thinking. Graph 1 shows that after 2008 some countries indeed managed to lower ULC (in this case: Nominal ULC or NULC, see below), not just relative to other countries but even in absolute sense. But was this caused by keeping wage increases low or even by lowering wages? Graph 2 (see over) shows that Greece and Ireland, which witnessed a comparable total decrease in NULC, had a radically different development of wages. 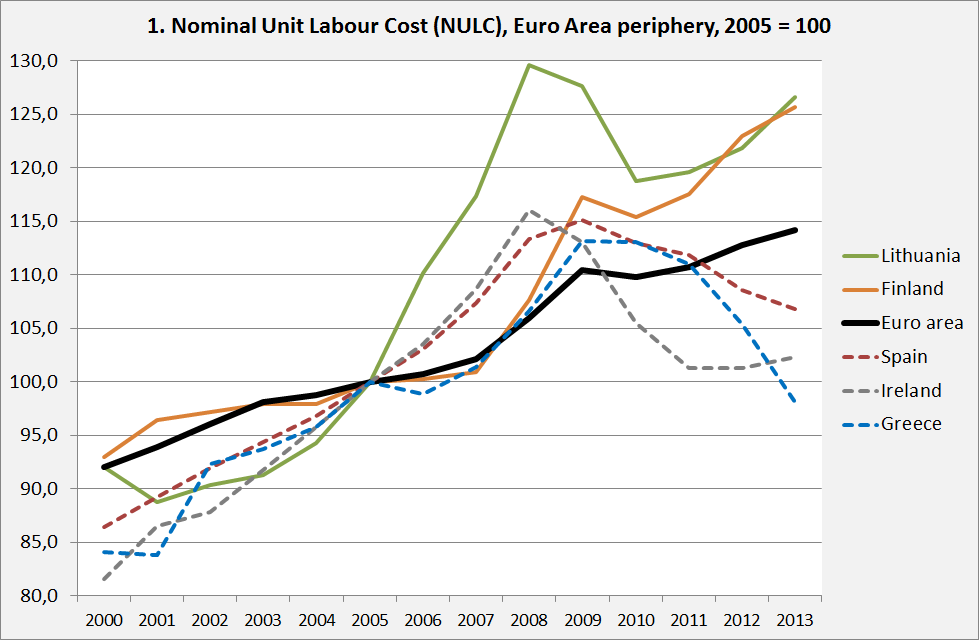 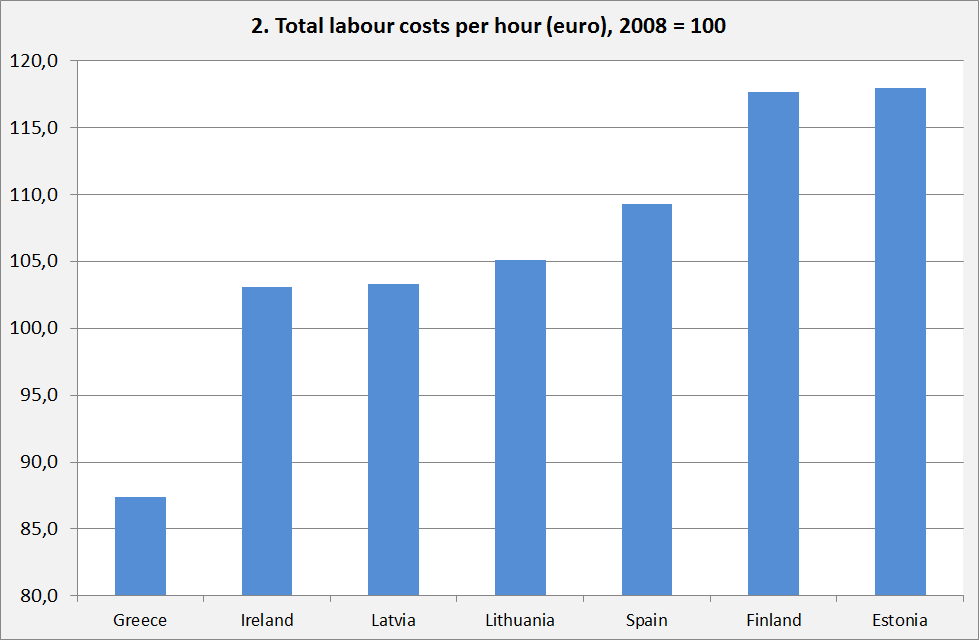 This suggests that other factors were important, too. Might wholly different developments lead to comparable changes in NULC? If this is the case, can NULC still be understood as a valid indicator of competitiveness? Below, these factors will be investigated and it will be argued that NULC should not be used as an indicator of macro productivity and competitiveness. On the micro level, wage costs per unit of product – such as wage costs for installing a solar panel – are indeed an important indicator of productivity. However, on the macro level this is not the case. GDP (the denominator in the formula) is an aggregate based upon the aggregation of sectors with wildly different labour costs (see graph 3 below). These sectors are aggregated using weights which, because of Schumpeterian dynamics or booms and busts, can change quite fast. This can lead to changes in NULC which are sometimes even in the opposite direction to changes in wages levels! Also, many of these sectors have next to no connection with the competitiveness of an economy. Importantly, competitiveness is only to a very limited extent dependent on the wage level (see this ECB task group study or Felip and Kumar (2011)). Consequently, while ULC might be useful to compare individual companies, they are not fit to compare countries. There are many reasons for this. Felip and Kumar do a good job debunking the use of this metric. However, their list of reasons is far from exhaustive and I’ll try to complement it.

To do this, I first have to explain how ULC are calculated. Eurostat provides us with the following definition:

In other words, NULC are nominal labour costs per employee divided by real average value added (GDP) per worker. Eurostat continues with the caveat: “Please note that the variables used in the numerator (compensation, employees) relate to employed labour only while those in the denominator (GDP, employment) refer to all labour, including self-employed. “ It is a crude approximation for the share of GDP going to workers.

This definition leaves us with the following conceptual problems: 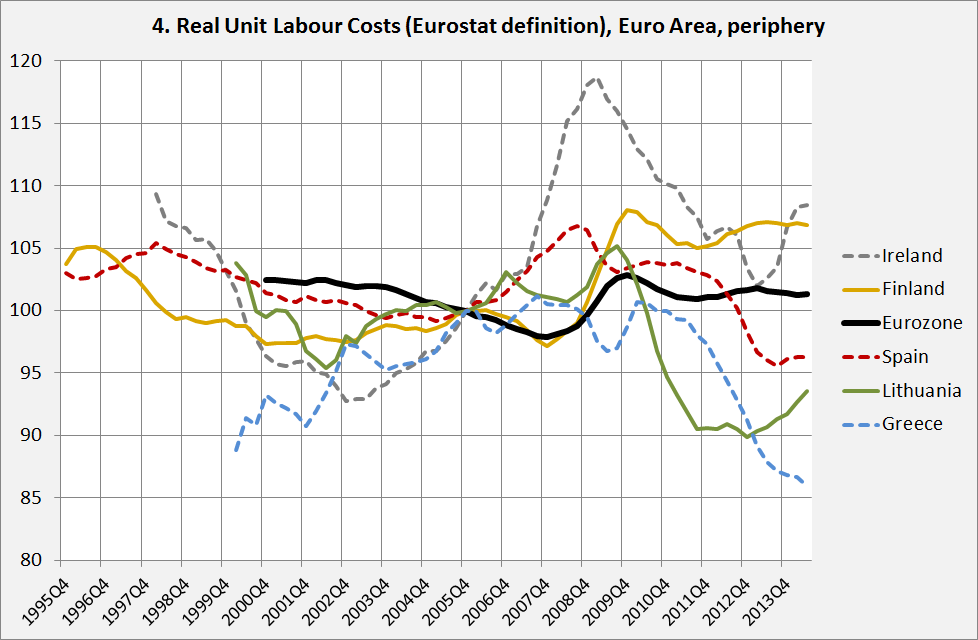 Summarizing: ULC are a seriously flawed macro-indicator of competitiveness, much better ones are available, such as the composite one proposed in this ECB study. ULC cannot be used without a very thorough investigation of the actual situation and the background statistics. This has not happened post 2008.