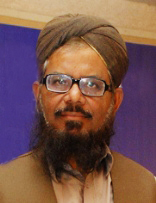 The failure of economists to foresee The Global Financial Crisis of 2007 led to widespread realization of the need for change. Nonetheless, very little change has actually taken place, partly because of lack of consensus on what needs changing. The object of this note is to propose three directions for change which should be put on the agenda actively.

One of the key insights of Amartya Sen is that famines result not from “scarcity,” but rather from lack of “entitlement” to food. That is, social norms about who deserves to get what determine the economic outcomes. Modern economic theory pretends to objectivity, but is actually a concealed discourse about entitlements. Our first goal for change is to make explicit the normative notions hidden within the framework of modern economic theory.

Finally, the ideology that markets lead to good outcomes needs to be battled vigorously. In fact, as Polanyi showed in the Great Transformation, market societies are extremely harmful to natural social values, and destroy social and environmental capital. Thus markets are extraordinarily bad ways to organize economic affairs from the point of view of human welfare. Thus, the third pedagogical goal is to debunk the idea of the “invisible hand” – that markets promote welfare and are efficient.

In my paper entitled “The normative foundations of scarcity,” published in issue 61 of Real World Economics Review (download pdf) I have shown that even what is currently taken to be the fundamental defining concept of economics is deeply normative. This is an application of an argument of Hilary Putnam, who showed that facts and values can be entangled in such a way that it is impossible to separate the two. Only after we come to the understanding that economics is not an objective and value-free scientific endeavour does it become possible to formulate a goal for teaching and studying economics.

As a second important example, note that there is no such thing as an aggregate production function – for detailed empirical evidence, see Banerjee, Banerjee and Duflo (2004). However use of this fictitious function allows us to say that the laborers earn their marginal product while the capitalist earn theirs – that is, it provide a justification for the payments to capital. This is exactly the bone of contention with the Marxists who argue that only labor produces value, and hence the capitalists do not deserve any returns on their capital. Again this is a concealed normative debate about entitlements – do capitalists deserve return on money (interest payments) or do laborers deserve a bigger share of the pie?

ACTION PLAN 1: To remove this obstacle, we need to show that norms are everywhere involved in current economic thinking. An excellent textbook for this purpose is Hausman and McPherson (2006). We should try to make this text the basis of a compulsory course everywhere that we can. Where we cannot change the syllabus, we should introduce this as an optional course and popularize it among teachers and students. In addition, we should learn how to bring out and highlight normative assumptions hidden within the framework of the economic theories we teach. My paper referenced earlier makes a start on this aspect. This will allow us to bring normative concepts into discussion in virtually all economics courses.

2: Second Obstacle to Formulating a GOAL for change: A-historical Methodology

A second obstacle to making changes arises from the related idea that we should use scientific methodology in economics. What this means is that we should look for universal economic laws which are invariant across time and space. What kind of economic laws can we find that apply equally in modern Australia, ancient Maya, colonial India, and nineteenth century Britain? In fact there are none. Nonetheless, the methodology prevents economists from studying history, which is the key to understanding economics. See Hodgson (2001) for a detailed argument. I have made an entirely different argument but for similar purposes in my paper: Deification of Science and its Disastrous Consequences (Zaman, 2013b) – this is a rather complex argument, and I am working on simplifying it to make it more accessible.

I have found that discussions of methodology are perplexing to many audiences. Furthermore, scientific methodology is such a sacred cow that to suggest a different methodology for economics evokes gasps of horror. The simple solution is to just re-introduce history into the economics syllabus, both in separate courses, and also as additional material in conventional courses. One must differentiate between history of economic thought and a global history which describes economic events of importance. It is the latter that is of importance to us. As currently taught, history of economic thought just supports the conventional framework of economic thought, though this can be changed and modified.

ACTION PLAN 2: Personally, I learnt more economics from Naomi Klein’s book The Shock Doctrine: The Rise of Disaster Capitalism (Klein, 2008) than I did from the four year Ph.D. program at Stanford. Incorporating and teaching major economic events of the twentieth century in their historical aspects would substantially enrich a conventional economics education based entirely on mathematics and theory. Many books can be of substantial value in this effort. An excellent book which shows how to merge history with economics of trade is Power and Plenty: Trade, War, and the World Economy in the Second Millennium (Findlay & O’Rourke, 2007). For teaching about development, there is currently no alternative to Global Rift The Third World Comes of Age (Stavrianos, 1981). Here work is needed in terms of simplifying the materials, bringing out the connections with conventional development theories, and making it available in textbook format, as a basis for a course in an economics department. I am sure that there are many other books of history which would be of great use in teaching Real World economics. I would very much appreciate hearing from readers who have made progress in these directions.

From conversations with other first year graduates in the Ph.D. Economics program at Stanford, I remember that many of us were idealists and hoped to solve the economic problems facing human beings. However, we were trained into thinking that competitive markets self-regulate to give optimal outcomes, and all we need to do is remove obstacles to perfect competition. This idea, encapsulated in the “Invisible Hand”, prevents efforts for positive change by suggesting that they are unnecessary. All we need to do is to allow the free workings of the market and excellent economic outcomes will automatically result. It was this delusion that led to disastrous results in Russia when Jeffrey Sachs implemented “Shock Therapy” – remove all governmental support institutions, and wait for free markets to create economic prosperity.

ACTION PLAN 3: Because of its crucial importance, I have written two papers on the topic which summarize the failings of the invisible hand philosophy. The easier and more accessible one is entitled “Failures of the Invisible Hand”. The somewhat more complex paper has been published as Zaman (2013a). Both of these papers can be downloaded from my SSRN webpage: (http://ssrn.com/author=289526). A lot more work is needed to counter the myth of self-regulating markets, and these papers are just pointers to the literature. Again this material needs to be incorporated into courses, though this will be difficult to do since it is directly in conflict with what is currently being taught. Suggestions for how to accomplish this would be most welcome.

SUMMARY: As discussed, there is a huge amount of work necessary to reform the economics curriculum to make it people friendly, instead of capital friendly. Three necessary initial steps have been outlined above. There are many other ways of proceeding. These issues can be discussed further on the WEA Pedagogy Blog. The purpose of this blog is to initiate a discussion on how to make pedagogical changes for improved economic outcomes.

Zaman, A. (2013b). Deification of Science and Its Disastrous Consequences. Retrieved from http://ssrn.com/abstract=2260052