Macroeconomics and the Phillips curve myth 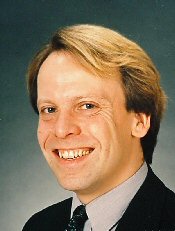 One particular idea about the history of macroeconomics seems to be almost universally accepted. It starts with Phillips (1958) discovering a negative relationship between wage change and unemployment – ‘the Phillips curve’ as it came to be called. It continues with this relationship being understood as offering policymakers a durable, or ‘stable’ policy menu; and their readily accepting inflation as a price worth paying for higher employment. Then, supposedly, Phelps and particularly Friedman (1968) pointed out that on-going inflation would be recognized as such by wage bargainers, so that when it became expected the Phillips curve would shift upwards and there could be no long-run tradeoff. Sometimes it is said or implied that this idea caused a great debate, but in any case, in the end mainstream opinion accepted it.

It is a remarkable story. First of all, it tells of two revolutions in thinking in just about a decade. Just as notable, it is a story that has often featured in textbooks. There is not much history of macroeconomics students learn, but the main lines of this story is one piece that is easily found. And thirdly, it is remarkable because in every particular it is quite false. Let me be clear: It is not that there are pedantic points to be made – Brown noticed a Phillips type relation a few years before Phillips, or Fisher did so a few decades before; or there are one or two stray discussions of expectations before Friedman and Phelps. Not at all. The idea of negative relationship between wage change and unemployment was a commonplace of 1950s economics; so was the expectations argument. The famous presentations of those points were nothing like revolutionary breakthroughs. As to pursuing inflationary policy – there was very little of that, and none arising from Phillips’ work or anything closely related to it. Some economists did say very slow inflation should be tolerated – but their reasons were quite different from anything featuring in the Phillips curve myth. And policymakers certainly did not try to do anything resembling ‘choosing a point on the curve’. The whole story, in other words, is a myth; a thoroughgoing and comprehensive distortion of the history of thought and policy; a fabrication. An argument for that conclusion, and some ideas about how the whole story came to be believed are presented in my book Macroeconomics and the Phillips curve myth.

It is a depressing thought that economists have made so much out of falsely disparaging their own past, but no doubt part of the reason this story is so often repeated is that it lends itself to presenting economic theory as making progress. I suspect there is a bit more to it than that. There is a great condescension of the past as well – not just in textbooks, but in certain kinds of policy advocacy: ‘My dear boy, you are too young to remember when we used to think we could simply inflate our way out of recession, and just choose a point on the Phillips curve …’. Yes, well. We can leave my age out of it. No one ever thought that. It is interesting, though, that in this kind of way, the fake history can become part of the advocacy of specific points of view. All the more reason to get the history right.

There are cheerier points as well. One is that there is no doubt that this period provides a wealth of material that might still find important applications. It is sometimes said that the study of the history of economics is useful in providing ideas that can be formalized. That may or may not be true, but this period provides ideas that could be immediately valuable in critical analysis of contemporary theory. Folklore has it those economists were trying to determine the exact parameters of the tradeoff, or arguing over whether expectations adjust to reality. I have tried to describe what they were actually doing. Summarized, it would be that they were bringing the best theory and an intimacy with the data to the problems of their times. They were trying to understand the outcomes of wage bargaining in terms of all the relevant considerations; and then – in the 1970s – determining to what extent the deterioration of performance was due to changing expectations, to what extent due to changes in wage bargaining, to what extent to other factors, and taking seriously the problems of measuring expectations, so they had a chance of testing the different views. In all that there was certainly some rubbish written – I went looking for it, in search of something with a resemblance to the Phillips curve myth. But the work, and seriousness of purpose of the best economists, and of the average, and of most of the rest, far exceeded its later reputation.

So it is not just a matter of getting the history straight – though surely, it is important that the economist of the post-War period was never so foolish as we have been told. Nor is it just a matter of reviving old ideas to show the inadequacies of the new – though that too could pay dividends. In the applied macroeconomics of the 1960s and 1970s, there is also an inspiration there for those who believe that economics is about understanding the problems of the world.