EU taxation capabilities and the way forward towards institutional progress in Europe: an interview with Jakob Kapeller 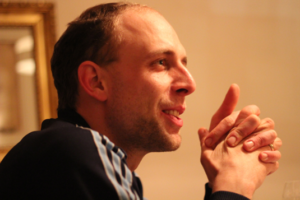 Jakob Kapeller is an economist and a philosopher. He is Professor at the Institute for Socio-Economics at the University of Duisburg-Essen (www.uni-due.de/soziooekonomie) and is the head of the Institute for Comprehensive Analysis of the Economy (ICAE) at Johannes Kepler University Linz (www.jku.at/icae). He currently serves as the editor of the Heterodox Economics Newsletter. His research interests focus on socio-economic change from a political economy perspective. He has a personal web page that can be accessed at www.jakob-kapeller.org.

We asked him some questions with reference to contemporary taxation systems and taxation issues in the EU.

Q1 In May 2021 you participated at the panel “EU taxes and how they can increase citizens’ support for the European Union” at the European University Institute in Florence. What were the main conclusions reached during the panel?

Actually there was not much controversy among the panelists regarding the key points. We almost unanimously concluded that taxation capabilities at the EU level would be a noteworthy and important step towards institutional progress in Europe, which is highly needed in what still remains a fragmentary and partial economic unification process.

The main reason is that such joint taxation competencies would complement existing institutions so as to make it possible to compensate for some obvious deficiencies of their current form of economic organization. These deficiencies include the difficulty to raise significant funds for truly pan-European fiscal policy strategies, but also the fact that the current system leads to a ‘race for the best position‘ among EU member countries, which, in turn, leads to economic polarization and political disintegration. Especially with regard to the latter, it is quite obvious that regulation on taxes is a key issue even when putting funding requirements and possibilities aside.

Looking more closely at the process of economic fragmentation in Europe – as we have been doing in some of our research (e.g. Gräbner et al. 2020) – we repeatedly observe that an increasing number of countries is providing specific legal and institutional facilities – mainly used by transnational corporations and the international financial sector to cut down on corporate and capital income taxes. This is a clear-cut case of ‘beggar thy neighbour’ – policies that emerge from the before-mentioned race for the best position. These policies are in contrast with the spirit of the European unification project and they can be most efficiently confronted by joint European taxation capabilities.

Surely such a system would be economically feasible – indeed, I would expect this system to be superior to the status quo –, while its political feasibility is, as always, a question of political will. I would also argue that joint taxation capabilities at an EU level should be thought of as a complement to domestic taxation, where the latter should maintain a much more prominent position. Rather, in the beginning joint taxation capabilities should focus on areas that offer the greatest institutional advantages and where re-regulation is necessary.

As suggested earlier, joint taxation capabilities would come with some advantages, mainly because of the increased institutional leeway that comes with implementing taxation on a European level. This is obvious in some cases – e.g. with regard to a financial transaction tax or a carbon border adjustment tax –, but it would also make it more difficult to organize the currently prevailing sophisticated schemes for tax evasion within Europe. This topic has also been recently addressed by the new US administration, which will hopefully help this debate to gain momentum.

From a broader perspective, the introduction of joint taxation capabilities presents a unique opportunity to make taxation in Europe generally more progressive by focusing more strongly on the taxation of profits, capital income and wealth. In this context, it seems important to consider that the bulk of income redistribution by European welfare states happens on the expenditure side, while tax systems as a whole are only slightly progressive. Hence, there is some possibility that joint taxation capabilities would decrease the net tax burden for the majority of Europeans, while at the same time European citizens living in different countries could profit from improved public infrastructure and public services.

Q3 What steps are needed to develop such a community system in Europe and put it into practice? Do you think that there is enough support from the EU citizens for such a demanding project?

One main insight from the panel I participated in is that there is indeed strong support among European voters when it comes to thinking about well-targeted taxation initiatives at an EU level. Especially in the context of corporate taxation there is increasing public concern over the obvious fact that too many multinationals manage to avoid paying their fair share of taxes. Personally, I would introduce a tax on wealth as another major motive, as wealth taxes are typically supported by the majority of voters, but usually are not introduced due to concerns about their alleged effects on tax evasion.

Now, while the size of such evasions is often overstated in public discourse, they could be tackled much more effectively by authorities on an EU level (as opposed to domestic ones). At the same time, it has been recently estimated that the EU could gain roughly €350 billion per year by introducing a progressive wealth tax, yet this tax would only affect about 1% of European households. It goes without saying that these funds could massively improve the EU‘s position when confronting current challenges such as climate change or increasing inequality across and within European countries. This observation points to another level in the discussion, where we do not focus as much on the ability to implement fair taxes as such, but rather we ask for greater political leverage in order to access additional sources of funding for the EU.

Also, the framing of the expenditures that would have to be undertaken would change completely: since currently the EU is funded by transfers from member states, there is always the perception that “they are spending our money”, which is actively being used and promoted by many politicians to mobilize anti-European sentiments. Such a narrative would be much less effective in a world where the majority of EU-funds came from taxes that are difficult to implement domestically and, at the same time, would increase the overall fairness of the tax system.

Q4 In the meantime, an international tax heaven system is already in place… According to leading economists such as Gabriel Zucman, tax evasion syphons off each year around 700 billion dollars to sovereign states (Zucman sampled by Massive Attack, 2020), thus representing a major global problem…

I have already emphasized the potential of a joint taxation capability to minimize tax evasion within the European Union. However, acting as a tax authority would also put us citizens in a position to speak with a joint voice when it comes to issues such as international financial regulation and bilateral organization of capital flows. In the past, the US has shown that it was able to make credible economic threats vis-à-vis foreign countries that sought to facilitate tax evasion by US firms and citizens. Actually, this goes somewhere along the lines taken by Zucman in his book on tax havens (2019), where he basically suggests introducing ‘retaliatory policies‘, such as huge tariffs against countries that do not disclose their financial data in such a way as to allow outsiders to properly check for tax evasion or hidden funds.

When discussing these issues it is important to acknowledge that it is not only about legal equality and the rule of law – about whether taxation rules really apply to everybody in the same way –, but also, and possibly most importantly, an issue of economic inequality. After all, we know from empirical studies that the main benefactors of tax havens are found at the very top of the income and/or wealth distribution.

Saez, E. and Zucman, G. (2019) The Triumph of Injustice: How the Rich Dodge Taxes and How to Make Them Pay. New York: WW Norton.