Harold James is Professor of History and International Affairs at Princeton University. He focuses on economic and financial history and on modern European history. Professor James has recently commented on the consequences of the Covid-19 crisis, which has produced a uniquely severe worldwide economic downturn. As he told us, this is likely to produce new social tensions on the one hand, and, on the other, technical changes as well as increased globalization of information and a number of services. 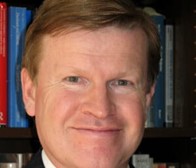 Q1 In your recent paper “Seven transformative crises from European revolution to corona” (2020) you stress the fact that severe crises occur with some frequency in history. Are you suggesting that the 2020 corona crisis shall not be interpreted simply as a “black swan”?

Indeed, it was predictable that a pandemic would disrupt globalization – there had already been scares about Sars, about Ebola. Vulnerability to infection was an obvious danger in a world of hyper-mobility.  I had made that point about vulnerability already in a book in 2001, The End of Globalization (Harvard University Press).

The Global Financial Crisis (GFC) originated in the financial system, while in 2020 the financial system was surprisingly resilient to shocks that emanated from the real economy – from the shutdown. In part that was a consequence of the lessons learnt above all by central banks in dealing with the GFC. The Great Lockdown also constituted something rather different to a conventional financial crisis: a supply shock. People could no longer get the products that they needed or wanted – including medical equipment and drugs. There are analogies to supply shocks in the past, harvest failures in the pre-modern world, or wartime disruptions. The oil shocks of the 1970s were also an instance of a supply shock. In each of these cases, the worry about supply eventually generated more rather than less global connectedness, as people and governments sought new sources of supply. These crises also generate technical change, as innovation can also produce new sources of supply.

Q3 Some of the financial instruments that are either available on the market or under development for the recovery of the current crisis, are preserved from the past. As an example, the Economic Stability Mechanism (ESM) was adopted by member states of the European Union in 2012 as a response to the consequences of the GFC. How useful are the lessons/instruments from the past in dealing with the current Covid-19 crisis?

The provision of central bank liquidity and the announcement of new bond purchasing schemes was highly effective in dealing with the short term shock, but the longer term issue is rather different in nature: the reorientation of the economy away from some sectors suffering from permanent decline. And here past actions do not always provide exactly the right template: for instance, in Europe the operation of the ESM is very much associated with policy conditionality, and governments responding to corona are pushing back against conditionality. The €750 billion package produced by the European Council is a very new sort of response: it represents a move to a fiscal union, with a European issuance of debt and correspondingly the need for a revenue stream to service the debt, that might have been desirable during the debt crisis but was never really implemented.

Q4 Do you think that the endeavors of economists and policy makers (e.g. in Western democracies) are adequately informed by past economic and financial crises? To refer to a question in your paper “Seven transformative crises”, can history serve as a helpful guide in this sense?

The initial impulse is to think about the last crisis – because after all that is the one that is most familiar to policy-makers but also to economists. What I wanted to suggest is that there are lessons that can be learnt about responses to global challenges from earlier episodes. There is a need to think about what kind of problem we are facing: in this case it is not so much a financially generated shock as a disease-induced breakdown of some of the basic linkages in a globalized world. That is why I thought it so important to think of the history of past supply shocks.

Q5 Finally, you argue that the current crisis is ‘more like a universal global crisis than any previous crisis’. Is the corona crisis potentially the end of globalization as we know it?

The short term effect of corona will be to deglobalize production: countries see supply chains disrupted, and large countries will try to become more self-sufficient in the production of critical medical goods and pharmaceuticals. But a global challenge will also produce a global response, as it is also clear that not every country can produce the full palate of pharmaceutical products. There will be more thought about international institutions that can coordinate reliable supplies.

In addition, the globalization of services may well intensify. For instance, more medical services will be delivered at a distance, with telemedicine, remote monitoring and diagnosis. Much of this was technically possible before the crisis, and some procedures, notably radiology, often took place over a big distance, often in other countries. The crisis has changed perceptions of the risks involved in personal consultations to both medical practitioners and patients. Large numbers of people are not going to doctors’ offices or hospitals because they are worried about infection.

Education is being transformed into long-distance learning, with virtual lectures, seminars, and classes being held through zoom or other internet platforms. Something is obviously lost in immediate personal experience, but there is also a great deal that is gained. People are linked from across the world. Personally, I find it enriching to see students and colleagues in their home environments, and not just in a bland classroom or conference center. And this kind of education may be much easier to scale up – with the result that it becomes more widely accessible. There is no reason why all these services should not be internationalized or globalized.

The Covid-19 crisis will also increase the pace of other changes that were already under way, like the move away from conventional money and toward electronic currency. Many places don’t want to take bank notes anymore because of the risk of infection. The ECB has just announced a big e-currency study.

So in many ways, I think there will be more globalization – of information, of services – while the tendency to a reduced rate of growth in international trade may continue.