Interview with Benjamin Tippet on the concept of class

Benjamin Tippet is representing a younger generation of British economists. He is currently focusing his academic research on the determinants of wealth concentration, particularly in relation to the role of class, financialisation and government fiscal policy. 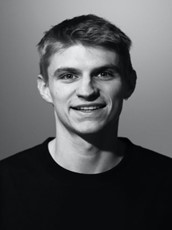 Tippet has recently published his first book Split: Class Divides Uncovered (Pluto Press, 2020). The book provides an introduction to capital and labour in the 21st century by posing the question of how ordinary people could possibly react in order to get back control of their lives.

The publication of the book appeared to be a good occasion for a short interview with the author.

Q1 When did you start writing your book and what are the key messages in it?

I started to write my book after running a series of workshops for UK students who attended their last years of secondary school. The aim of the workshops was to discuss issues of class and economic inequality. I got inspired by a number of definitions students used in order to define class, according to their own understanding of the concept. Some of them argued that it can be defined by reference to musical and food tastes and personal preferences, or even in terms of one’s own accent. Some students put forward the idea that class should be conceived of as the difference between a liberal metropolitan elite and the traditional industrial working class. Still others argued that class is no longer a relevant concept in modern day society.

While running the workshop I noticed, however, that one aspect did not get sufficient attention from the students who attended them – that is, the argument that class is related to the ownership of assets as well as of the means of production and goods within the society. The lack of attention paid to such an economic dimension of the concept appears to be even more telling when considered together with the statement from Warren Buffett, who suggested that ‘you either make money while you sleep or you work until you die’. Interestingly enough, this gap is not present only in the understanding of what class is among many young people in the UK, but also in British politics in general.

I observed that a Marxist type of analysis of issues related to class and inequality is either ridiculed by official politics or simply ignored by professional policy makers. On the other hand, taking into account social statistics on Britain from the last 40 years, it becomes clear that this type of analysis is becoming more and more relevant to explain the increasing gap between those who make money just because they own assets and those who have to perform waged labour in order to survive day by day. Otherwise stated, the divide between a wealthy capitalist class which maintains the ownership of the assets and is therefore able to generate income, and, on the other hand, a wider group of precarious workforce members seems to be the trajectory towards which our societies are heading.

I am an activist and an educator. My previous experience in running the above-mentioned workshops with secondary school students played a role in shaping the content of Split: Class divides uncovered. The aim of the book is to provide an accessible introduction to the theory of class by considering how the notion of class relates to different aspects of our lives – for instance to housing, gender, race, the environment, politics, the state. In pursuing such a goal, I decided to write a book based on accessible stories, with a number of cultural references and examples, without spending too much time on economic theorising.

Q2 You’ve just mentioned the importance of narrating stories… Is there any room for including alternative economic methodologies – such as story-telling or perhaps some critical approaches – into mainstream economics?

This is a good point. One of the most successful economic books published in the last years is Thomas Piketty’s Capital in the Twenty-First Century (2014), which became an international bestseller. It is a rigorous academic book while at the same time it does have a clear narrative in it. Among other things, Picketty argues in it that economists are currently too much obsessed with building mathematical models in order to describe economic phenomena or the ways in which the economy works. I agree with such an observation.

In fact, when you read economics papers, the authors often start by stating that their aim is to present a simple model, which is then specified in 40 pages of differential equations or whatever. In this way economics becomes simply impenetrable to non-trained persons and ordinary people. It seems as if the whole thing is designed to create a barrier preventing people from accessing the content of such papers. Luckily, this does not apply to all economists. There is also some very good research out there which is accessible to a wider audience.

Nevertheless, one needs to pay attention to the current trend leading towards the formalisation of contemporary economics: from my point of view, if something appears to be formalistic and complex, it does not necessarily mean that it does not have an ideological basis/perspective, used for instance to justify the existence of inequalities within a given society. This is where I see the valuable contribution coming from Marxist, Feminist or Post-Keynesian economics – namely, in the capability to criticize mainstream economics by means of concepts such as ‘gender’ and ‘class’.

Q3 Are you suggesting that the variables capturing the various ‘class’ dimensions should be better integrated into economic models?

In a sense, this is already happening. One of the most influential models for the labour market is based on the so-called efficiency wage hypothesis, that is, the idea that you have to pay people above their marginal product in order to effectively incentivise them to go to work. It is assumed that work is something costly for people as they like leisure and prefer spending time reading at home or engaging with pastimes rather than going to work. Otherwise stated, they need to be properly stimulated in order to carry on working throughout the day. These tasks, it is argued, are generally performed by professional supervisors and managers on the labour market. Such type of model was formalised by Joseph Stiglitz in the 1970s, when he managed to bring some elements of Marxist analysis into a neoclassical framework of analysis. I personally believe that such an approach is becoming again important in the mainstream economics literature.

Some heterodox elements are already present in the existing neoclassical models and in the neoclassical economic literature. Furthermore there are also theories of bargaining based on the idea that people aren’t paid much. And, because of that, different classes and groups exist in the society: rentiers, capitalists, workers, shareholders and managers. These different groups bargain over rent within a social and economic system.

Finally, looking at my own research, I often refer to work as one of the defining traits of class – one in which class exposes itself. One of the things that attract me to Post-Keynesian and Marxist economics is the fact that they start the analysis from a perspective that refers primarily to classes, therefore enabling to uncover how the analysis of class relates to a set of macroeconomic variables. Such an approach appears to be particularly promising.

Q4 Considering the UK, do class divisions represent an issue in the country?

Over the last twelve years, the wealth of the thousand richest persons living in the UK has almost tripled. This means that there is a huge concentration of wealth in the hands of a relatively small number of citizens. On the other hand, in the same period the wealth of the average person in the UK simply stagnated. A return to the pre-crisis levels (e.g. those registered before year 2007) has been achieved only in February 2020. Yet now there is another important systemic crisis which is developing due to the Covid-19 pandemic. There is evidence showing that wealth concentration in the hands of the few is going to further increase over the next years if things are left unchanged. In such case, this will very likely result in a significant increase in unemployment among the British population.

All this will inevitably have rather depressing effects on wages. The UK could witness another 12-year period in which wealthy people may continue increasing their wealth while average pay and wages will continue to stagnate. I should point out, however, that this is not a natural process of the market economy. Instead, wise political choices and policies could prevent this scenario from occurring.

Well-designed taxation is an important instrument of wealth redistribution: there are simple tax policies that could be easily applied to effectively redistribute wealth and prevent an increase in poverty in the UK and elsewhere. A better understanding of the determinants of wealth concentration over time could help in designing equitable policies for wealth redistribution.

There are also other factors which seem to play a role in the economy but have been very much neglected by economists during the last few decades. What I am finding in my own research is that declining union density is by far the most significant factor in explaining the phenomenon of wealth concentration. This means that as workers become less represented and less powerful due to a variety of reasons, they are also less able to shape the economy in their own interests. This leads to an increasing wealth concentration because it enables capitalists to effectively take control of the economy.

As I argue in my book, since the 1980s we are witnessing a decrease in the power of working class organisations and trade union movements in the UK. For example, in 1985, 45.3 per cent of the British workforce were in a trade union, whereas nowadays only 23 per cent are. The lack of union representation is particularly critical for the younger generations.

There are nonetheless quite a few options to empower working people. Looking at the UK, such options should comprise a reform of the trade union legislation, the provision of benefits and support to people experiencing long periods of unemployment, and, finally, a set of policies to retrain people into jobs in a way to prevent an additional crisis that we are facing – namely, the risk of an ecological and environmental collapse.