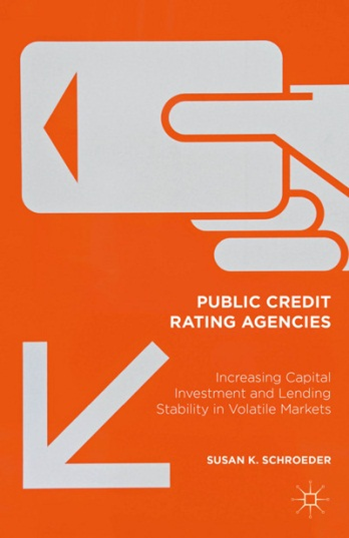 A key problem with credit rating agencies is that their methods carry an inherent vision of stability for a market economy.   I dare say that many people, especially in the aftermath of the Global Financial Crisis (GFC), would not agree that a market economy – which operates by a generalized process of exchange – is inherently stable. In fact, instability and insecurity are more likely to be viewed as the norm.

The vision of inherent stability is reflected in assumptions of, for instance, stable discount rates or stable probability distribution functions underlying risk calculations. The investment and financing decisions of firms are often modelled with such assumptions. The models to do not fully capture important dynamics associated with capital accumulation and economic growth.

Models of creditworthiness need to be re-cast in to an open system of economic thought.  The quest for additional information about the characteristics of borrowers such as nonfinancial firms, financial firms, households, and governments is in a way sidestepping the issue Policy makers, too, are not sure of what to monitor or how to guide the economy towards a more stable and socially just path.

After years of relative independence from regulation, competition between the agencies has not pushed them to reframe credit risk assessment into open system of thought.   Credit risk is cast within closed systems of thought, which are amenable to uncertainty being reduced to risk through the use of probability distributions. Moreover, probability distributions need to be stable in order to generate outcomes which can be compared. Current methods of credit risk assessment are understood to be pro-cyclical, with creditworthiness changes related to changes in the business environment. Despite this fact, and after years of little regulation over their activities, the rating agencies are not moved to think about credit risk within an open system of thought. The book argues that an open system of thought permits additional dynamics of accumulation to surface, dynamics that the agencies currently downplay or overlook completely. For example, there is an interplay between profitability of investment and the business cycle.

Public agencies can help forge cooperative relationships between government (which hopefully protects the public’s interest), the rating agencies and those who use credit risk assessments, such as, non-financial firms (including small and medium sized enterprises) across the range of industries, financial firms, and households. A cooperative relationship between the individual interests will enable them to see more directly the impact that ratings have on overall economic performance and each other. Individual agents often perceive themselves as being independent of most aspects of an overall economy.   By enabling them to see themselves within a social division of labor that is, itself, embedded in a unique social, political and institutional context, they would better understand the impact their decisions have upon each other and the public’s interest overall.   Without some sort of pressure to bring them face-to-face, they will continue to act in their own self-interest. For the ratings industry, this would seem to imply the continued use of ratings methods that are pro-cyclical and, hence, exacerbate economic and financial instability.  It is costly to improve methods, and a cooperative relationship would not only identify issues more directly, but also lower costs of improvement.

A public credit rating agency has a natural entry point onto the stage of debate if allowed to simply validate the ratings of credit rating[?] agencies and investigate the relationship between changes in credit risk and the business cycle. The rating agencies have a tendency to conduct due diligence more intensely when an event has occurred and their products come under scrutiny.   As part of the process, a public credit rating agency could create its own method for monitoring industries and the macroeconomy for changes in the business climate and creditworthiness.

A public credit rating agency is an independent, national public agency funded through taxes and duties placed, on an as needed basis, especially upon corporations, but also on wealthy individuals and entities that use ratings or credit risk models either directly or indirectly.   Direct users include issuers and firms and financial institutions that rely on agencies’ assessments of counterparty risk. Indirect users are those entities that use ratings to cross-check their internal systems, such as financial intermediaries (all banks), institutional investors, credit card companies, finance companies, mortgage lenders, and credit unions. Its budget could be supplemented with government funding, if needed.

Its functions suggest a divisional structure in order to facilitate efficiencies and extend expertise.  The divisions focus on industries, the financial services sector, and households. Subdivisions or teams can be created to focus on issues with respect to particular firm types, such as corporations and SMEs. The divisional structure is conducive to the avoidance of regulatory capture. Other protective features include employing experts with diverse and independent opinions, locating a devil’s advocate and involving the press.   As a public credit rating agency is intended to serve the public interest, it needs to reach out to the public as best it can. My vision is to structure a public credit rating agency similarly to an export bank, such as the U.S. Export-Import Bank. So, there would be a director and a deputy director who are appointed by the president and approved in the Senate, both have four-year terms. There is a board of directors that adopts and amends bylaws that designates vice presidents or officers of various aspects of the agency’s functions and divisions. One of the board members must represent small business. The advisory committee represents members of society who are influenced in one way or another by credit activities. There could be, say, 20 representatives from: (1) industries (nonfinancial), (2) nonindustrial/non-profit borrowers (e.g., consumers and universities), (3) banks and institutional investors, (4) the rating agencies and bureaus, (5) academics (experts with diverse opinions), (6) devil’s advocates (e.g., consumer, investor, labor, and environmental activists), and, perhaps, (7) the press. Special attention is made to ensure representation of people of color and women.

National public credit rating agencies could be supported with an international version – an international credit rating agency – located, arguably, at the United Nations. The agency could serve comparable functions focusing on sovereign ratings, acting to validate the work performed by national agencies and private assessors.   It could, conceivably, create benchmarks for sovereigns’ ratings. Its presence would act to counterbalance the influence that private credit rating agencies have over the state of fiscal budgets.   Attempting to reduce fiscal deficits during recessions, in response to potential or actual sovereign downgrades, has a tendency to weaken effective demand and economic growth. An international credit rating agency could, conceivably, call a moratorium on downgrades in order to enable governments to stimulate growth and enhance economies’ shift to recovery. By doing so, social safety nets and workers’ living standards can be protected.