Positional analysis: what it is and why economists need it 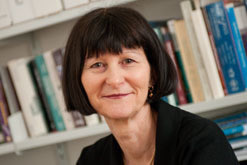 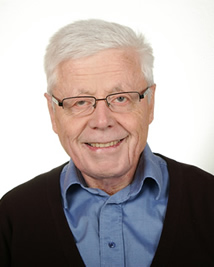 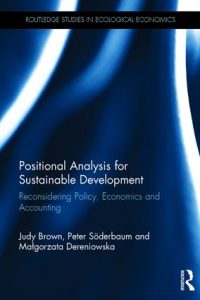 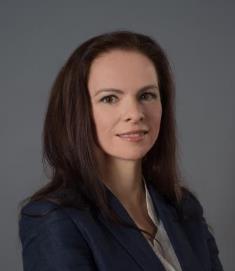 What would an alternative economics and economy look like for a sustainable future? As with any normative vision, such as that of a sustainable economy and society, a variety of responses and perspectives can be legitimately sought. Out of those, for many economists, only the perspectives that result in outcomes that are (potentially) Pareto improvements are economically meaningful. But sustainability and democratic legitimization of sustainability values in some respects displays some inefficiency in terms of utility (e.g., loss of time needed to implement democratic procedures or to collectively develop a shared normative vision of sustainability), or can be judged differently depending on the process employed in arriving at a sustainable outcome. Indeed, the inherent ethical dilemma of sustainable development between economic efficiency, social equity, and environmental conservation are not practically separable. What if we turned around the question to think about an alternative vision of economics, economic analysis, and decision making approaches that makes room for plural normative criteria without predefining their ranking within decision processes, and illuminates social conflicts, instead of obscuring them with value-neutral ‘representational’ claims? This alternative idea underlies positional analysis (PA) that addresses both the outcome and the process, with explicit attention paid to their ethical and political content, at the level of analysis, planning, and decision making.

Positional analysis, an ethically-open tool of disaggregated analysis, has been pioneered by Peter Söderbaum. It was first presented in his Ph.D. thesis (1973) and later advanced as a component of institutional sustainability economics. Since then the approach has been further developed with applied studies mainly in the Scandinavian countries (e.g. Leskinen 1994,  Edlund and Quintero 1995, Mafunda and Navrud 1995; for more information see also the Appendix in Brown et al. 2017).

PA is part of an alternative conceptual framework or paradigm in economics from that of neoclassical theory, resting on a different social ontology and macroeconomics. As an alternative to Homo oeconomicus as a representation of an economic agent, a “political economic person” (PEP) is assumed, whereas profit-maximizing firms are replaced by the conception of “political economic organizations” (PEOs). Markets are understood in terms of relationships and exchanges between PEPs and PEOs and decision-making is a matter of a “matching” process between the ideological orientation of an actor as decision-maker and the expected multidimensional “impact-profile” of each alternative of choice considered.

The purpose of positional analysis is one of illuminating an issue with respect to different ideological orientations and alternatives of choice with their impact profiles. Multidimensional thinking concerning impacts means that the trade-off philosophy of Cost-Benefit Analysis (where all kinds of impacts can be traded against each other) is abandoned in favor of careful study of various kinds of inertia (irreversibility, path-dependence, lock-in effect, and commitment) in non-monetary terms. Decision-trees in positional terms that differ from decision-trees in traditional game theory can be used to illustrate irreversible impacts.

Positional Analysis is an attempt to respond to a need for alternatives to neoclassical Cost-Benefit Analysis (CBA). Essential parts of neoclassical theory and analysis emphasize the monetary dimension. CBA still plays an important role in preparing investment decisions in infrastructure such as roads, airports or energy systems. For a long time growth in GDP-terms has been used as an indicator of performance at the macro level. At the micro level estimates of monetary profits is similarly an accepted indicator. The story continues with environmental services understood as commodities to be priced in specific ways and with “natural capital” and other kinds of capital interpreted in monetary terms. A narrative about the “Green economy” summarizes this mainstream philosophy.

Behind these examples of “monetary reductionism” is an idea that things have to be quantified to be counted and that the best measuring rod is money. Money is a language that people understand, it is argued.

There are at least two problems with CBA and mainstream monetary approaches. Focusing so much on the monetary dimension becomes inappropriate when one realizes that our ideas about development are instead multidimensional. The UN 17 sustainability development goals (SDGs), sanctioned since 2015 as well as the previous Millennium Development Goals suggest that progress and assessment of investment projects should be handled in multidimensional terms. Impacts have to be dealt with at a disaggregated level rather than summarized in monetary terms.

A second reason to abandon CBA as a determinative approach to decision-making is that any aggregation of impacts to arrive at a single best or optimal solution must be based on a specific value or ideological orientation. And limiting oneself to one ideological orientation can hardly be compatible with democracy. It is rather an extremely technocratic approach or what in political terms can be described as dictatorship. In any society there are many voices and groups who differ with respect to ideological orientation.

Indeed, issues of democracy are relevant as we come to discuss the problem of valuation in paradigmatic terms. Economics (neoclassical or other) is always “political economics”. Questions of values and ideology enter into each theoretical perspective or paradigm in numerous ways. The scholar her- or himself is a political economic person guided by an ideological orientation that impacts her scientific practices. Technocracy means increasing the power of experts while democracy suggests that we should emphasize a respect for the different ideological orientations of citizens or interested parties. There are competing ideological orientations in any society where some may emphasize markets and economic growth and others specific versions of sustainable development.

In the cases of CO2 pollution from transportation or land-use changes where agricultural land is transformed for housing purposes we can for practical purposes refer to irreversible changes. The financial cost of buying the land from farmers is certainly of interest but politicians or other decision-makers should also be made aware of the fact that land is irreversibly transformed for new purposes. They may still choose to implement their construction plans but should know what they are doing.

While CBA is a case of one-dimensional quantitative optimization, the concept of ideological orientation makes it easier to also consider qualitative aspects and visual patterns. The ideological orientation of an actor is more like a world-view and means-end relationship. The concept goes against the somewhat naïve idea that to become meaningful things should be clearly quantifiable. Ideological orientation is furthermore something to be investigated in each case. Alternatives of choice and ideological orientations that clearly differ from each other (rather than being close to each other) should be considered. PA does not claim value neutrality and does not delegate the ethical components to the realm of separable philosophy and politics, but instead allows for the integration of factual and ethical analyses.

In economics, value-neutrality in any final sense does not exist. As argued by Gunnar Myrdal “values are always with us” (1978) when advocating a specific conceptual framework and even when using PA to illuminate an issue. But we can respect specific conventions about how to measure things (such as the number of hectares exploited for housing purposes between two points in time). When using PA “many-sidedness” is furthermore a criterion that is compatible with democracy, the idea being to make manipulation by actors more difficult.

The theoretical framework of PA can be seen as part of a larger body of work aimed at broadening out and opening up forms of appraisal and decision-making. In other words, it is also a broader planning and decision making approach founded on a holistic conception of economics, systems thinking and conflict analysis. PA addresses the stakes that arise at the interface between science and policy, and society, and it assumes a model of such interface based on concepts of analytic integrity, extended responsibility of stakeholders, and political accountability. On this account, the role of an analyst is that of facilitator, whereas decision makers (however widely defined) are held accountable for the choice of political alternative. The role of a scientist is to provide input that illuminates a decision situation, and not to reduce its relevant dimensions. Already the process of defining an appropriate information basis is based on inter- and transdisciplinary methods by engaging at various stages with stakeholders who will be impacted by decisions.

PA aligns with participatory research methods and a dialogic approach to democratic decision making. The reference to a democratic society suggests that no lasting and absolute consensus can be assumed about any single correct course of action, ideology or ethics for all citizens. Instead of seeing the impossibility of continuous unanimity as an obstacle to deliberation, PA points to alternative social choice procedures for deciding in situations of disagreement under uncertainty and risk. It can be applied to existing sustainability assessment tools (SATs) to foster democratic engagement in participatory settings, and developing new forms of appraisal that help to open up, rather than close down, discussion and debate over sustainability issues.

While the theoretical perspective advocated here can be described as institutional economics in the Kapp-Myrdal tradition (where K. William Kapp is probably the first environmental economist with his book from 1950), it should be noted that the Kapp-Myrdal perspective is here presented as part of a pluralist philosophy. “Paradigm coexistence” is replacing the “paradigm-shift” idea that for a long time has legitimized the neoclassical monopoly position at many university departments of economics.

The elements of a pluralist foundation of PA are presented in the book Positional analysis. Reconsidering policy, economics and accounting (Brown et al. 2017), which is a result of an interdisciplinary dialogue between an economist, an accountant, and a philosopher. Our hope is to open up and to broaden the discussion at the level of perspectives in order to successfully address current unsustainable trends. In doing so, we reconsider the role of economics as a conceptual framework and roadmap, accepting a degree of complexity that is important in addressing sustainability.

There is a strong correlation between the complexity and multidimensional character of the environmental, social, and economic problems of sustainability, on the one hand, and the need for a pluralism of perspectives, on the other hand. As political philosopher John Dryzek notes, “the more complex a situation, the larger is the number of plausible perspectives upon it” (2005, 9). Democracy, as an arena of the contestation among divergent perspectives, calls for opening up and broadening dialogical practices in sustainability research, revealing the importance of clearly articulating: (i) societal perceptions and values behind environmental metrics and indicators, (ii) the non-monetary aspects along with monetary ones, (iii) both the shared goals and conflicts among normative and ideological orientations of all stakeholders involved in joint deliberations. By doing so, positional analysis promotes critical reflection and ideologically open discussion on sustainability issues.

Edlund, Jonas and Rodolfo Quintero, 1995. Do Wabura – farewell to the river. Application of positional analysis to the Urrá I Hydro Power Plant in Columbia, Swedish University for Agricultural Sciences, Department of Economics Report 94. Uppsala.

Leskinen, Antti, 1994. Environmental Planning as Learning. The principles of negotiation, the disaggregative decison-making method and parallell organization in developing the road administration. University of Helsinki, Department of Economics and Management. Section on land-use planning, No 5, Helsinki.