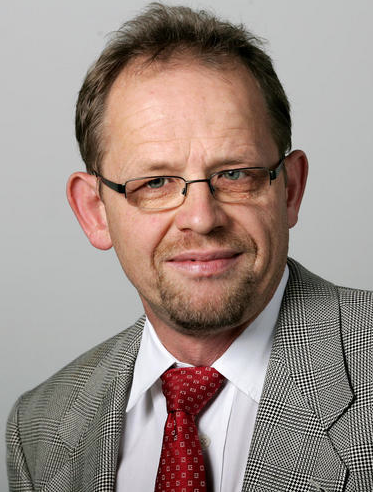 [Address presented at the seminar “Economics and Power” on 23 March 2015, House of Lords, London]

Ladies and Gentlemen, To pay tribute to the Marxist jargon, in which Lord Skidelsky has phrased the title of my subject, I would like to start with a quote from Karl Marx: “The ideas of the ruling class are in every epoch the ruling ideas. … The ruling ideas are nothing more than the ideal expression of the dominant material relationships, … the relationships which make the one class the ruling one, therefore, the ideas of its dominance.” In my own words, that says that not all economic ideas are created equal. Some ideas make it into the leading academic journals, others can hardly be published. Some ideas make those who develop them successful in academics or even famous and influential. Other ideas sentence those who develop them to a life at the margin at best.

Ideally, this would all be a function of how convincing the idea is and how good the academic is at developing the idea, writing it down and marketing it. But we all know, that excellence by itself does not get you very far. Another important ingredient for a successful career is how convenient your subject of study and your results are for powerful interests in society.

Economics, like all social sciences, is a product of the prevailing economic and political conditions and has a role to fulfil. If the interests of the powerful change, so does economics.

I want to give you some examples of how the mainstream conception of economics conforms to the interests of the powerful groups in society and how it changes with these interests.

Pulling up the Ladder: From Mercantilism to the Free-Trade-Doctrine

My first example is the switch from mercantilism to the free-trade doctrine of David Hume, Adam Smith and David Ricardo that happened in the 18th century.

Before British economists discovered free trade, the nation had been following a protectionist industrialization policy. Starting with Henry VII in 1485, this strategy turned Britain from a poor exporter of raw materials to a leading exporter of cloth. Henry levied export taxes on wool and gave privileges to wool manufacturers.  As British capacity to manufacture wool increased, he and his successors raised export duties on wool. Finally, Queen Elizabeth banned wool exports altogether.

This is how Britain became the leading producer and exporter of manufactured goods. Only after Britain’s predominance was firmly established, did British economists start preaching free trade to the world. Many fell for it, but others, like Friedrich List in Germany or Alexander Hamilton in the US took this new Gospel as what it was: as an attempt to pull up the ladder on which the British manufacturing industry had climbed up to world leadership.

The same would happen again in the US. Starting with Alexander Hamilton, the country pursued a protectionist industrialization strategy and was very successful with it. Only after the US had had become the industrial leader, did its economists start to preach the gospel of unconditional free trade.

Neoclassical Labor Market Theory as an Antidote to Marxism

As a second example, I would like to point you to the emergence of the neoclassical doctrine around the middle of the 19. Century. This was the time then Karl Marx told workers, that they were being exploited and the threat of revolution was rife everywhere.

Classical economics was not a good antidote to Marxism. Adam Smith would not have disagreed too much with Marx on exploitation, as you can gather from the following (slightly abbreviated) quote:

What are the common wages of labour depends everywhere upon the contract usually made between those two parties… It is not difficult to foresee which of the two parties must have the advantage in the dispute, and force the other into a compliance with their terms. The masters can hold out much longer… Though they did not employ a single workman, (they) could generally live a year or two upon the stocks which they have already acquired. Many workmen could not subsist a week.

This was not an admissible attitude for an economist any more, once workmen were threatening to use force to end exploitation. Economists who wanted to preserve capitalism needed to overcome the classical economists’ analysis of wages that are a product of negotiating power.

The following is how neoclassical pioneer John Bates Clark formulated the challenge:

Workmen, it is said, are regularly robbed of what they produce. This is done by the natural working of competition. If this charge were proved, every right-minded man should become a socialist.

With the marginal productivity theory that Clark and others developed he rose to the challenge of disproving the charge of exploitation. His theory claimed that at the margin, every factor of production, including labor, was remunerated exactly with what it contributed to the final product.

I would like to emphasize however, that the early neoclassical economists were quite open to redistribution. Since they saw marginal utility decline with income, they considered redistribution from rich to poor to be a welfare-increasing policy. At that particular time, this attitude was not against the interest of enlightened rulers. This was the time when Bismarck introduced social security in Germany to appease workers and fend off the threat of revolution. The rich needed to be convinced, with the help of a convenient economic theory, that some limited redistribution of income was to their own advantage, since it helped preserve the status quo.

This takes us to the third change in doctrine which I would like to highlight: By the 1930s, the main threat for the wealthy had shifted from revolution to redistribution enforced by the democratic majority. This was also a time of preparation for war. Thus, priorities of the rich and the rulers had shifted to discrediting redistribution and towards making the best use of national resources.

As a first step, Lionel Robbins and others banned interpersonal utility comparisons.  Robbins redefined economics to be, “the science which studies human behavior as a relationship between ends and scarce means which have alternative uses.”

The fourth example of a shift in economic doctrine suiting the interests of the powerful is a continuation of the third. It is the emergence and eventual predominance of methodological individualism and of the anti-collectivist schools of thought, called rational choice and public choice.

It was the time of the cold war, economists were enlisted in the ideological battle to win the minds and hearts of the people for capitalism. The aim was to focus attention on the strong point of capitalism – efficiency of allocation –  and to discredit what socialism claimed as its strong points –  planning, collaboration and fairness of distribution.

Ken Arrow ostensibly proved that it was impossible to come to rational collective decisions. Anthony Downs, Mancur Olson and James Buchanan built on this and portrayed the government and trade unions as the enemies of liberty. The more government did, the bigger was the threat to liberty.

There are some ideas, which the powerful do not like to be discussed at all.

Power is one such thing.

The powerful have a need to legitimize their power. If that is not viable, they like their power to be downplayed as much as possible to the point of becoming invisible. This is what mainstream economics is doing. Look in the index of a random economics textbook for  “power” and chances are that the entry will not be where.

If you pretend that workers routinely have a next-best alternative to their current job, which is only marginally less attractive, there is no power of the employer. There is no justification for unions, for layoff-protection or for unemployment benefits. If you pretend that market-power is the exception, instead of the rule, you cannot tax companies without doing a lot of harm. You cannot ask for higher wages, without losing employment. If you pretend that there is a well-functioning market for top managers, CEOs will have no real power and will need to be rewarded very handsomely for any value that they help to create.

Such assumptions which define power away almost always yield results which are very much in the interest of the powerful.

Money is Power, goes the saying.  Thus, another subject that the powerful, don’t like to be discussed is money. And mainstream economists are abiding. Banks putting out profit targets of 25 percent and achieving these were not considered excessively powerful by economists. They were declared efficient and successful.  Financial institutions which individually control the flow of billions of dollars do not have any power that is worth analyzing for mainstream economics.

Even money itself has been deemphasized to the point of disappearing. Some of the most famous economists have declared that money is just a veil over what is going on in the real economy. JP Morgan and Goldman Sachs are utterly powerless in such a setting. The leading macroeconomic models– even thosae used by central banks – do not have a meaningful role for money.

The following is what Claudio Borio of the Bank of International Settlements says about the importance of money:

“Modeling the financial cycle correctly requires recognizing the fundamental monetary nature of our economies: the financial system does not just allocate, but also generates, purchasing power, and has very much a life of its own.”

A financial system that creates purchasing power is very powerful.

But this is not an admissible conclusion. The power to create money is not to be seriously discussed. Therefore, almost all major economics textbooks are telling students the lie that banks are mere interamediaries, who are just channeling the money from savers to investors. The fact that banks produce the money which they lend out, is hidden behind a nonsensical money multiplier mechanism. The way this mechanism is presented, it works exclusively with cash that is being deposited, lent out and redesposited multiple times. In this mechanism, it is not visible how individual banks create purchasing power. It just happens by some magic of the system.

There is a good reason for this obfuscation. Many people still feel like President Andrew Jackson did about money creation by private businesses. They would consider it an aberration, an abuse of power. If you tell these people, how banks really create legal tender, they will either call you a conspiracy theorist, or, if they believe you, they will be outraged.

It is this popular attitude that makes it so important for banks to have economists camouflage the process of money creation.

The consequence of the taboo to treat money and debt seriously is occasional policy failure. As long as economists observe the taboo, they will remain unable to understand a monetary economy. They will be unable to learn from past mistakes and avoid them in the future.