This year economist Angelo Fusari has published a book addressing issues of methodology in the social sciences. A book on related matters, co-authored with Hasse Ekstedt, was published in 2010. Here in an interview with Stuart Birks he briefly outlines his position. 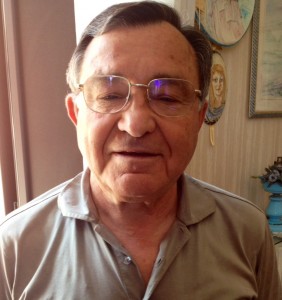 1)      Why do you think that both mainstream and heterodox economics fail to give clear explanations of social phenomena?

It is not possible to provide a brief yet exhaustive answer to this question. I limit myself here to a consideration, sometimes provocative, of some basic aspects of social reality that clearly contradict both the substance and foundations of current methodologies and, hence, highlight the implications of the discrepancies between methodology and reality. A complete answer can be found in my book on ‘Methodological Misconceptions’.

Mainstream economics is founded on two well defined methodological approaches that have been formulated and used with great success by other branches of knowledge: the observational-experimental method of the natural sciences and the method of abstract rationality of the logical-formal sciences. The observational-experimental method requires the repetitiveness of the phenomena under consideration or, at most, an extremely slow evolution, as, for instance, occurs in the biological world, which is helpfully interpreted by Darwinian evolutionism. For its part, the method of abstract rationality disdains any stringent relation with de facto reality and concentrates on the strength and purity of logical-sense. The first method contradicts the substance of social reality, which, being the result of the constructive and organizational activity of humanity differs totally from the natural processes with which humans simply interact; while the second method ignores basic aspects of reality.

For sure, the observational method is appropriate and even fecund with reference to quasi-stationary and repetitive societies. But once mankind, the creator of society, begins to unfold his creative and innovative potential, thereby impressing upon social events a growing non-repetitiveness, the observational-experimental method loses reliability. Mainstream economics defends itself from the failures of the observational procedure by calling for help from the method of abstract rationality, which latter ignores at least the most embarrassing contents of reality notwithstanding their importance. The result of this great abstraction is the formulation of theoretical approaches that are very general in appearance but strongly misleading in substance. The Walrasian model of general equilibrium provides the main example: on the wings of an absurd degree of abstraction, such a model prided itself on providing a representation of both collectivism and the market economy, but in reality it teaches almost nothing concerning the economic process. The observational and abstract rationality methods are, in particular, both averse to that most typical and substantial element of economic dynamics, that is, innovation and radical uncertainty, a primary expression of non-repetitiveness. But mainstream carries out some surreptitious and fictitious inclusions of these important elements by the use of the Knightian treatment of uncertainty and by considering innovation as just an exogenous variable, as well as some soft inclusions of the Keynesian principle of effective demand and other fictitious extensions into reality.

The growing acceleration of economic dynamics has generated increasing evidence of the ineffectiveness of these methods and palliatives and, hence, a growing scientific dissent from them. This is well expressed by heterodox economics. Such dissent has thrown up illuminating criticisms and a plurality of alternative proposals and formulations that mark a constructive and, after all, inevitable point in the search for some more appropriate method for the study of social reality. Unfortunately, hitherto this plurality of proposals has not appeared able to open the road to an alternative and more appropriate method. Heterodox scientists are unable to interact with one another and achieve reciprocal understanding, which deprives their proposals of fecundating power. What is worse, there is a widespread insistence by heterodox scholars as to the importance and value of pluralism intended as a plurality of methodological approaches. This discourages the search for a convergence towards a more appropriate and third methodology flanking the two orthodox methods of the natural and the logical-formal sciences, such convergence being considered as an attempt at pluralism. But pluralism, if it is to work, requires the possibility of reciprocal understanding among students and, hence, some common methodological foundation; after all, this is a prerequisite for the cumulative growth of knowledge.

The current heterodox Tower of Babel provides a semblance of theoretical advance to the surreptitious inclusion of various aspects of reality by the mainstream. My analysis makes an effort to provide a method (procedure and rules) appropriate to social reality, just as the logical-formal sciences and natural sciences have been able to achieve in their fields.

2)      You state, in your book: “the simple assumption that alternative choices or events were possible makes the method based on strict observation logically indefensible”. What does this say about quantitative economic analyses? What would you use in their place?

It is quite evident that the possibility of alternative events, both in the past and in the future, makes meaningless and misleading the building of explanatory models specified and verified through the observation of what happens and happened. Therefore, the construction of some alternative methodological tool is required. It seems that such a construction should be based on the combination of two perspectives: the organizational and the observational views, doing and being. In sum, what is required is a method able to teach the way of organizing society based on realistic assumptions, primarily by making evident those crucial and durable elements of current reality upon which a variety of organizational choices and innovations may be grafted.

Such an analytical approach does not deny the possibility of quantitative analyses. Mathematical models can be specified that make endogenous the most significant aspects of modern dynamic societies (primarily, innovation and radical uncertainty and the implied institutions). These models can be used to carry out simulations. A different question concerns the econometric verification and estimation of models. This requires the repetitive behaviour of the considered variables, which is denied by the crucial role of innovation and the implied radical uncertainty. However, some econometric estimation can be performed with reference to a high level of aggregation, as well as with reference to variables characterized by high permanence and necessity over time. Even some prediction may be performed on the behaviour of these well defined and durable variables.

3)      It is not clear to me the role pertaining to the positive and normative aspects in the methodological tool you suggest.

The current distinction between positive and normative is inconsistent with the method I propose. In fact, the positive side supposes the possibility of deriving laws of motion through observation, using them in order to derive the effects of changes in instrumental variables and to formulate the prescriptions of political economy. The current distinction between economics and political economy is based on such a supposition, which the latter does not require. But we saw that, with regard to society, it is impossible to discover laws of motion, as the natural sciences do, since such discovery presupposes the repetitiveness of events. I substitute, in place of the distinction of positive and normative, the distinction between ‘necessity’ and ‘choice-possibility-creativeness’ in the organization, management and interpretation of social processes. The two distinctions do not overlap. The normative side can only be referred to as choice-possibility. But my book shows that some important ethical values and institutions that are currently attributed to the normative side constitute, on the contrary, ‘necessities’ of modern dynamic economies.

Such cages are simply an effect of the methodological confusion afflicting the social sciences, that is, of the variety of methodological approaches that prevent mutual understanding and reasoned communication between the representatives of the different methodological traditions, such as orthodox and heterodox positions and the various branches of heterodoxy. As I have said, these cages constitute a real obstacle to scientific progress and make impossible a fecund pluralism. The only methodological distinction that may be considered appropriate and fecund is that between the methods of the natural sciences, the logical-formal sciences and the social sciences, a distinction imposed by the great difference between natural and social reality and by the fact that the logical-formal sciences are merely the product of an appeal to the rational potential of man. The scientific drama of our age arises from the absence of a general method appropriate to the basic features of social reality.

5)      You say that ‘the best contributions to social knowledge have been ad hoc studies’. Why is this? Can you give some examples?

This is another implication of the methodological bewilderment afflicting the social sciences. The most fecund studies on society are those that exist outside the various methodological standards and cages established by the tormented intellectual market for social knowledge; that is, those studies that deepen with practical sense some relevant, even if often very partial, elements of reality: for instance, many studies on the firm, business cycles and management, as well as many sociological inquiries. After all, in the present methodological confusion it is not possible to do more.

6)      A last question concerns ethical values. You maintain that basic ethical values can be scientifically proved and hence you oppose what you call ‘ethical objectivism’ to ethical absolutism and the dominating ethical relativism. Can you better clarify the question?

Two opposite and irreconcilable positions dominate the scene on ethics: cultural absolutism – a dogmatism that pretends to found ethics on the precepts of faith; and cultural relativism, which strongly denies objectivity (and scientific substance) to values and is defended as a conquest of civilization in the face of ethical absolutism. My meditation on method shows the erroneousness of such ethical dualism, providing proof that fundamental values can be scientifically explained. Afterwards, I underline, by way of a number of examples that concern the various branches of social thought, the practical and intellectual importance of such scientific development. Yes, I oppose ‘cultural objectivism’ to the dualism of cultural absolutism and cultural relativism. Cultural relativism is mistaken in regard to fundamental values. I insist on this assertion, which I consider of crucial importance, notwithstanding the bitter opposition from very influential intellectual circles that my stance is likely to garner.

I am conscious that a good many of my statements in this interview sound like assertions supported simply by good sense; unfortunately, it is not possible to offer more in the space of a short interview. My book on ‘Methodological Misconceptions in the Social Sciences’ provides complete demonstrations of what I have said here, and attempts to trace the bases of a method appropriate to the treatment of social reality, a method that should finally flank the two well-defined methodologies (concerning the natural and the logical-formal sciences) that has allowed such great progress: an alarming progress, indeed, if not complemented by a method of social science able to understand and manage the effects of growing innovation and social change.