Gigi Foster (pictured) and Paul Frijters have been working on the incorporation of emotions and groups into an economic perspective on society. Here Gigi answers some questions on their approach: 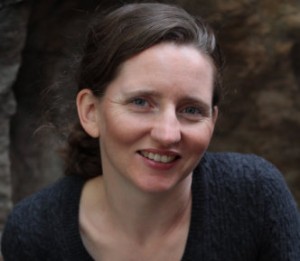 Q.1: What made you choose this area of investigation? Gigi: I didn’t start out life as an economist.  My mum was a psychologist and my college major was the jack-of-all-tradesey “ethics, politics, and economics.”  Even after finally committing myself to our discipline in graduate school, I was exasperated by its relative neglect of parts of life that are obviously important for driving behaviour – both materialist and otherwise.  Real life has emotions, power, and groups in it. People love, hate, vote, believe, and make mistakes, but these facets of human life are dealt with only superficially, if at all, in mainstream economics, and this frustrates me.  I know that Paul feels the same way.  I was particularly motivated to understand the phenomena of religion and communism. Q.2: So how can economics change to consider these aspects? Gigi:  As you know, the main story economists tell of how their society works is cold.  ‘Economic Man’ is a heartless, smart calculator: caring only about his own material gain and not that of others, he sees everyone else merely as a potential trading partner and/or a potential competitor. The advantage of this view, which captures very nicely a large chunk of human motivation, is that when they are pitted against each other in a market where competition is limited to the productive arena, Economic Men produce economic growth as well as good institutions that keep everyone honest and peaceful.

Of course, economists have long recognized that they were leaving emotions out of their story of markets and material self-interest, so we are not the first to notice that!  But coming up with simple theories that do justice to these aspects of real life while also retaining the simplicity and practicality of the main economic story has been one of the discipline’s greatest challenges.  If we open up the standard story of economics to incorporate the emotional content of elements that this story has to bend over backwards in order to fit, like religion, nationalism, democracy, human rights, sacrifice, and mental health, then it is not immediately clear what new framework we economists can offer to policymakers and the general public that includes an emotional component. Our approach in this book has been to put forward the results of a long-term (20 years+) trial-and-error, analogue-reasoning-based pattern-recognition exercise to discover which core concepts outside of economics – when combined with what economics already offers – can, alone and in combination, best fit observed behaviours and phenomena lying outside of the explanatory reach of modern mainstream economics. We have hence proposed our best guess at the big-picture story that fits best.  The task remains to fine-tune our story and integrate it more into mainstream economics, which will involve decades more of theoretical, experimental, and empirical work.  We are definitely in the market for willing collaborators as we cannot do all of this on our own! Q.3: Where do we find this sort of work? Gigi:  Adam Smith, Alfred Marshall, and even Karl Marx all spoke about emotion.  “Moral sentiment” found its way into the title and topic of one of Smith’s great works.  Marx’s dialectical materialism is built on the notion of class identification—i.e., emotional commitment to groups—and the entire Communist experiment proposed that people’s emotional commitment to the success of their group could, in the long run, trump their desire for personal material advancement. Modern economists also have opinions about the realm of the heart. Household economists have implicitly recognized the emotional bond between parent and child in driving parents’ resource allocation decisions; experimental economists have tested the robustness of people’s “other-regarding preferences” (that is, their emotional attachment to others); and behavioural economists have even gone so far as to sprinkle emotional components into utility functions.  Modern economics is now awash with stories of people’s attachment to what they have (known as “endowment effects”), their “irrational” anger at past slights, and the “market sentiments” that flared up in the global financial crisis. The challenge has been to integrate these aspects with the existing story of economics.  That is a challenge that we tackle, and similar treatises are scarce.  By its ultimate interest in the big picture, our work follows somewhat in the tradition of Weber in sociology and Okun and North in economics, but we don’t know of other attempts to combine a detailed look at the inner life of individuals with the question of how the whole system works. Perhaps Machiavelli’s The Prince comes closest, although his intended audience was made up of those who wish to manipulate, rather than those who wish to understand. Still, we admire his pragmatic style and willingness to live with judgment calls. Q.4: Can you give an example of this approach in practice? Gigi:  A good example of an application of our story to a particular aspect of behaviour is some ongoing research into the social phenomenon of “true believers” (committed supporters of a cause or movement).  Our story suggests that people’s materialist behaviour will be influenced by the norms of their groups to which they belong, and we (together with Gautam Bose and Evgenia Dechter) are developing new ways of testing the strength of that influence using standard economic games in the laboratory.  Our project is distinct from existing work that has shown evidence of altruism in the lab (“pure” and otherwise) because it is underpinned by a coherent story describing the core mechanisms and real-world consequences of group processes.  This theoretical underpinning allows us to use our results to push forward our understanding of the wider economy, rather than only our understanding of a particular aspect of behaviour. Paul put out a widely-publicised study last year that looked at whether bus drivers in Brisbane were more or less likely to give favours to people from different ethnic and social groups than themselves. Research assistants of varying skin colour and attire were sent into buses without money or valid bus passes, so that bus drivers had to decide whether to allow them on for free or not.  Paul found that business suits and army uniforms could ‘compensate’ for being in a less favoured ethnic group. That study directly flowed from our book which views the economic system in terms of groups who have varying degrees of loyalty towards the group as a whole (the country), their ethnicity, and their social stratum. It made visible how these loyalties translate into actual behaviour. Q.5: What’s next on your plate? Gigi:  We have more books in the hopper, plus a ream of papers and projects like the ones above, applying our story to particular aspects of life.  So, watch this space! [Editor’s note: These ideas are described and developed further in the recently published book, An Economics Theory of Greed, Love, Groups, and Networks, by Paul Frijters with Gigi Foster, Cambridge University Press, April 2013.]