[Editor’s note: Grazia Ietto-Gillies has been a major supporter of the World Economics Association since its inception. She has enthusiastically encouraged alternative thinking and brought to the WEA the ideas of many Italian and other economists. Might this be in part a result of her childhood, growing up in wartime southern Italy and post-war Rome? This interview arose from the recent publication of her memoir, By the Olive Groves: A Calabrian Childhood. This entertaining book written with humour, affection and a sharp social eye is developed around the following main themes. The effect that coming from this small town in Calabria had on her later life; the displacement effect of moving through different geographies, cultures and societies; and food, lovely Mediterranean food from the recipes of Grazia’s mother. The latter is a worthwhile dimension for economists and non economists: while we enjoy a healthy dish we can muse about the sociological and cultural importance of food!] 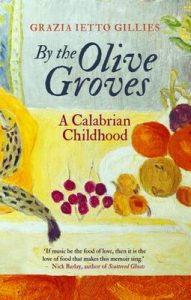 Q1. You are known for your writings on economics. How come you have now published a literary work? What led you to it?

A1. I can tell you about the triggers. Up to age ten I lived in small town on the Aspromonte mountain of Southern Calabria in what was then – and still is – one of the least developed areas of Italy, ridden with economic and social problems. My family then moved to Rome where I continued my studies. From there I moved on to study at the MIT and later Cambridge UK and to research and academic jobs. Eventually in 1971 I settled in London where I have lived since, working as an academic economist and, in my spare time, taking an increasing interest in international literature. The trigger for starting records of episodes in my early life in Calabria were two specific and significant episodes in my life: the birth of my son Marco in 1975 and the sudden death of my father a few months later. I began having flashbacks and being invaded by visual and aural episodes in my early life which gave me the urge to record them in scribbled notes.

Q2. You talk of displacement effect in the introduction to your book. Can you tell us more?

A2. In my view, the fact that I moved through different societies and geographies caused a displacement – geographical, cultural, social displacement – which led to the flashbacks mentioned above. In the middle of an activity – be it domestic or professional or social – I would suddenly have a feeling of ‘not belonging’ ‘what is Grazietta – my childhood nickname – doing here’ and this would trigger an episode from my childhood and the need to record it. I think this has significance beyond my own experience. We live in an era of great movements of people across countries and societies. These feelings may be present in many people and they may well trigger creative feelings in some of them. A recent exhibition in London by a Korean artist (Do Hu Suh: Passage/s) highlights how displaced artists and indeed displaced people in general take with them some of the world left behind. There are many reasons why we should welcome refugees and people moving across countries: some are humanitarian, some economic but there are also cultural reasons in my view.

Q3. Are there connections between your memoir and your interest in economics and as an economist?

A3. Yes, definitely. The memoir came to life mainly as a reaction to living in such different societies: my early life in a pre-capitalist society with all its problems and advantages (for a child, if not adults). My youth in Rome during the ‘miracolo economico’ period: in a vibrant fast-changing economy and society. The decades of maturity in a mature – I would also say decadent – international economy. It was partly this contrast that led me to write about this part of my life. In fact, when I originally thought of transforming my many scribbled notes into a book I went through the possibility of structuring it as a book about living in the three types of societies. Or a book about women in the three types of society. Eventually I settled for a memoir about my childhood in which these issues come out indirectly rather than directly.

Q4. Do you think that this life trajectory has influenced your economics work?

A4. Yes, it did. When I first moved to London I was struck by the differences in economic environment: large companies in manufacturing, distribution or services; supermarkets; and banking; efficient public sector (they were actually replying to my letters, something unheard of in Italy!) a wonderful and efficient health service. I began to compare it with what I had left behind in Italy: a large small and medium size business population – including those of relatives around me; small family shops; huge number of local small banks and yet a thriving economy developing fast. This is when I began to think of the relationship of the two economies to their international sectors and the role of so-called multinational companies in the UK economy. I soon became convinced that, if I wanted to understand what was going on in my adopted country I would have to understand the activities and effects of transnational corporations (TNCs) and their role in the post colonial phase of capitalism and imperialism: thus started my life-long interest in TNCs.

Q5. By the time you started living in London you already had several years of study of economics and indeed had already several publications to your name. Do you think that the education you had received up to that point was useful to you in understanding economics and the economies of Britain or Italy?

A5. Some of it was. I was lucky enough in my university education at Rome La Sapienza to have two excellent teachers: Bruno de Finetti the probabilist and philosopher who was also very interested in issues of political economy. He became supervisor for my final dissertation. From him I learned about the usefulness AND limits of the use of mathematics in economics. I also picked up many methodological hints such as the usefulness of negative results (‘…the most important contribution of game theory is that the analysis of Game Theory reveals its own limitations’). Moreover his writings confirmed to me something I felt instinctively: that value judgements are part and parcel of economics and that the distinction between normative and positive economics is meaningless and ideologically inspired. The second excellent teacher was Federico Caffè from whom I heard about Keynes and the depression of the 1930s, about economic policies and their instruments and about market economies and externalities. From a long-run perspective, most of the other lectures I attended were not very useful including those I had at the MIT (though, at the time, I greatly enjoyed those by Robert Solow, an excellent teacher).

Q6. Tell us about the monoculture society you came from.

A6. In the 1940s and 1950s the economy of the part of Calabria I came from was based mainly on olive crops and olive oil. The groves were usually part of large estates privately owned by the local gentry. The lives of the whole town depended on how good or poor the crop was. Meagre years would spell poverty not only for the few employed in the land – usually women as gatherers of olives – but also for shopkeepers and artisans of which there were many. Indeed artisans often produced high level artistic works, particularly sculpting. Many attractive works are still seen carved in the local green stone or in olive wood. But work for men was in short supply and many had to emigrate and support their families from afar. The USA, Canada, South America and Australia were early destinations in the XXth century. The post WWII years saw emigration towards the North of Europe or the Nord and Centre of Italy: Milano, Torino or Rome: The total population which had stood at c. 6000 in the post WWII years is now around 3500. This impacted on the family and society as well as on cultural developments. Delianuova had a thriving musical tradition and an excellent brass band known throughout the region. However, following the post WWII emigration it had to be disbanded for lack of musicians which resulted also in difficulties for the training of young talent. In the last ten years or so the tradition has been revived and the town now boasts one of the best youth orchestra in Italy.

Q7. You mention the work and role of women in your childhood. Would you like to tell us more about this aspect?

A7. In the memoir I have a chapter on the life of men and one on the life of women. The latter starts thus: ‘In Delianuova the lives of men were hard. The lives of women were no better.’ The chapter then goes on to talk about the lives of the poorest who scraped a living for their family by gathering olives from the ground from October to December. Their children followed them, living in unhealthy huts on the olive groves and missing school. The women in a better social position but not rich – to which my mother and aunts belonged – would not go out to work but had a hard time looking after the house and family when what we now take for granted was missing: from piped water to proper bathrooms let alone washing machines.

Q8. In what direction are you going to work from now on? Literary work or economics?

A8. I hope to be able to continue both. I am still doing economics work. I have just finished the work on FIAT with Giovanni Balcet of Turin and am still working on absorptive capacity and innovation with Marion Frenz. I have also just finished a chapter on the economics of Bruno de Finetti in the light of current developments in the economy. But I am also writing short literary pieces on various issues such as: comparing the experiences of three XIX century travellers to Calabria. Or attempting a socio-economic and historical explanation for the enormous success of the novel by Elena Ferrante which tells us the story of a girl from the Neapolitan slums who makes it up via academic success in the decades from post WWII to the 1980s. 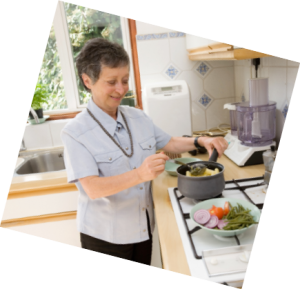 Closing remark: Thank you, Grazia, for all your efforts for the WEA, and for sharing your thoughts on this interesting and enjoyable book.

Best wishes for the future.