Andrea Terzi is Professor of economics at Franklin University Switzerland and a research associate at the Levy Economics Institute of Bard College, New York. He has previously taught at Rutgers University, the Institute for International Studies in Florence, the European College of Parma, and the Catholic University in  Milan, Italy. Terzi focuses his research interests on central banking, monetary economics, macro-financial accounts, and the effects of monetary and fiscal policy on private savings and aggregate demand. 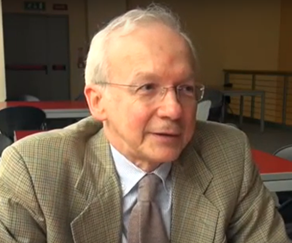 Q1) How important is the Euro for the European economy and why is it important?

Contrary to a common “monetarist” narrative, the historical significance of the euro is not to be found in the benefits of eliminating exchange rate uncertainty, reducing transaction costs, and boosting trade. While these are valuable advantages, they alone would not warrant the creation of a single currency. A currency is not simply a convenient means of payment. It is the expression of political power, and the creation of the euro has marked a big step towards a higher degree of political union in Europe.

This also explains why the euro has long been (and is yet) an unfinished project. For too long, European politics remained reluctant to move towards greater political union. It took the near-collapse of the single currency in 2012 to see the European Central Bank step into the public debt market, and it took the COVID-19 pandemic to see the first recovery plan for Europe and the largest issue of EU-bills and EU-bonds ever.

Q2) What is the current outlook for Italy – a country that suffered a lot from the 2007-2009 global financial crisis?

Italy suffered particularly badly during the euro area’s self-inflicted recession of 2011-12, which was the inevitable outcome of the euro’s “infantile disease”. Between the launch of the single currency and the global financial crisis, the apparent health of the euro area depended on the delicate balance between countries that sustained spending and countries that aimed at selling abroad. Such “destabilizing stability” in a currency area without a centralized economic policy finally broke down.

For Italy, much will depend on the future developments of fiscal coordination and integration. Like any other member of the euro, Italy needs a stable macroeconomic context, which can only be ensured by the EU institutions. This is the condition for addressing Italy’s well known structural problems, including the need for a stronger (not necessarily bigger) State, a greater effectiveness of its judicial and administrative system, a push for a long-term investment agenda and industrial policy, fairly enforced taxation and a reduction of inequality.

The sustainability of public debt of all euro countries, and not only Italy, must be assessed on two standards, that is, the funding issue and the threat of inflation. Regarding the latter, deficit spending can be inflationary, yes, but only if the government itself contributes to inflation by wildly raising the prices it pays, or if investment spending cannot keep pace with consumer spending. This can be avoided if deficit spending simultaneously creates more demand and more productive capacity. This is where the quality of government spending matters, more than the size of the deficit, or debt.

Regarding the funding issue, this is a problem for countries that are bound to comply with politically enforced budget rules. Just think of how the concerns for the funding issue of the Italian government have deeply changed depending not on Italy’s debt-GDP ratio but on the ECB’s purchase of public debt as well as on the reduced enforcement of fiscal rules.

In its latest annual report, the European Fiscal Board has acknowledged that fiscal rules “look outdated” and has proposed a politically viable reform. This, however, will hardly be the game-changer. What Europe now needs is that the Next Generation EU plan become a structural feature of the EU. This would automatically release pressure on the funding issue of any euro country, including Italy.

Q4) Is there a conflict between the need for (a) a Europe-wide approach to economic policy (i.e. suggesting stronger centralised European government) and (b) a strong Italian government (suggesting for instance a more decentralised system)?

Not necessarily. To move towards a greater integration, Europe needs stronger member governments to negotiate and design the new Europe after Covid. Arguably, there is still a long way to go. While from the standpoint of an economic logic a centralized fiscal policy is a must, the actual deployment of fiscal actions could yet pose political divergences. On the positive side, there are several areas where the same approach of the recovery package that was devised to support member states adversely impacted by the COVID-19 pandemic could be applied to boost integration, such as common defense, foreign policy, border control, climate protection, and digital technology.

It is now too early to say if the euro area is on its way to fully heal its disease and has realized that protecting states’ autonomy carries high risks of disintegration. But as Benjamin Franklin stated at the time of the U.S. Declaration of Independence, “We must all hang together, or, most assuredly, we shall all hang separately.”