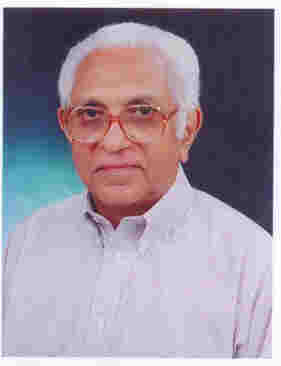 First and foremost, real life economics is professedly part of the larger social enquiry; it belongs to what in earlier days was considered to be ‘political economy’. To put it differently, it is not a mere intellectual exercise to solve problems posed by other academics, and in that sense belonging to a realm largely, and to some extent deliberately, isolated from day to day lives of the vast majority of human beings. With rare exceptions academic economics has been setting up a universe of its own, a universe of discourse, where experts speak to other experts. Real life economics belongs to the realm of ordinary human beings and their day to day experiences.

Secondly, therefore, real life economics is oriented towards finding solutions to problems which   people experience in their lives — poverty, unemployment, increasing disparities of income and wealth. The objectives in medicine and in economics are very similar: to cure disease and contribute to healthy bodies in the former; to solve problems and improve the condition of the ‘body politic’ in the latter. The ‘body politic’ is a more complex entity, though, and the economist who deals with only a segment of it has a harder time in getting to know its physiology. Hence professional training certainly has its place in economics. However, the professional economist must also be a practitioner as in the field of medicine. In my Rethinking Economics (1996) after indicating that practical knowledge is both the beginning and end of economic knowledge, I went on to say: “As the professional discourse grows, it will have a tendency to become completely distanced from where it started… [But] refined economic language will become sterile unless it is again linked to practical knowledge. If the two are linked, the scientific knowledge of economics has the means of renewing itself. It also has the possibility of lifting practical knowledge to a higher level so that the understanding of all members of society can become clearer and more authentic. The professional economist, then, has a twofold responsibility to contribute to the refinement and renewal of the language of the profession, and to harness the knowledge and insights of economic science to enrich the general awareness of the real-life economy” (1996, pp.250-251).

When I was teaching undergraduate classes I formulated three questions to probe the Indian economy: “Who gets What?”, “Who does What?” and “Who owns What?” The sequence is not particularly significant, but a moment of reflection will show that the causal sequence is the reverse, at least in a predominantly agricultural economy such as India where the ownership of land will largely decide what people do and what they earn.

Ownership of resources as well as the market as an institution prove to be basic to economic analysis. Here one can see two major differences between conventional economics and real life economics. Identifying ‘conventional economics’ with Neoclassical economic theory, one may say first that ownership does not figure at all (or at least not significantly), and while ‘market’ is central it is just logic of a certain kind of market process, not markets as they actually function.. Second, the concern is with a priori logic based on untested and untestable premises, rather than on actually functioning markets in real life situations.

An important aspect in real life economics is the role of reasoning. Factual information, of course, is important, crucial, in real life economics but it is not confined to mere empiricism. It is a matter of reasoning as well. There is a common association of reasoning with abstraction. In Wealth and Illfare (2012) I used as an example the familiar riddle: “Ten birds are perched on the branch of a tree. A hunter comes and shoots down one of them. How many are left on the branch?” If one goes by the (abstract) logic of counting the answer is: “Nine”. Another possible and valid answer is: “None”. The former reflects abstract reasoning (“Ten minus one is nine, no matter what you are counting”); the latter comes from the knowledge of the behaviour of birds. It is substantive reasoning or logic.

It is worth noting that ‘classical’ writers in economics, Adam Smith, David Ricardo, Karl Marx et al, whose ‘theories’ came to be widely celebrated later on were essentially concerned with real life issues of their day, but they were also using their reasoning power to make sense of what they were dealing with. Theories were culled out of their writings much later. I would classify the classical writers as “substantivists” who derived generalizations from their descriptive material. This procedure is not only a feature of the science of economics in its early days. Keynes in his General Theory, considered to be a modern classic in economics, adopted the same procedure. He was concerned about and reflecting on what was in the first half of the 1930s one of the most acute practical problems, that of massive unemployment, for which the then prevailing theoretical answer was to reduce wages. It was this real life economic problem that led him to challenge what was then orthodox theory and to put forward his more general theory.

In resorting to substantive reasoning or logic as the method of enquiry, contemporary real life economists are following the classical tradition, countering what I consider to be the Neoclassical aberration.

Historically, what is now commonly referred to as Neoclassical economics was part of the natural evolution of an emerging field of enquiry. In a sense it was Ricardo, usually considered to be one of the classical economists, who paved the way for the development of neoclassical economics. It was he who started the tradition of reasoning from a priori postulates and logical refutation rather than empirical verification. He also brought valuation as the principal theme in political economy which subsequent writers like Menger and Jevons accepted as the ‘general principle’ of economics just as mechanics was the general principle of the physical sciences. Walras, the French engineer turned economist made the deliberate attempt to convert economics into a ‘physico-mathematical science’ and largely succeeded in it too. In the process utility emerged as the central theme of economics and the consumer as the principal player whose aim was accepted as the maximization of utility. The market was recognized as the mechanism supplying the goods that the consumers wanted and production was simply the means to ensure that the goods that were required were made available. Calculations at the margin ensured maximization of whatever that was attempted to be maximized. The revolutionary significance of the procedure was that (as Schumpeter observed) the whole organon of pure economics found itself unified in the light of a single principle.

That was a triumph of reasoning or logic – of the formal kind. Formalism as such cannot be faulted but the question is its connection with real life. The claim to universality that the competitive model frequently makes and its votaries consider to mean validity and applicability everywhere and under all circumstances is simply the universality of formal logic. This can only really be taken to mean that if certain specified conditions obtain, certain derivations will follow. Hence the possibility of empirical verification of postulated initial conditions is crucial in theoretical expositions.

There is fairly global co-operation of academia, business and governance covering a wide range of theories, but no other theoretical system in economics has as much fecundity for mischief as neoclassical economics. That is why a major mission of real life economics has to be to expose the true nature of that branch of economics that continues to dominate the academic sphere of at least the English speaking parts of the world.